Who Tells Whom About What 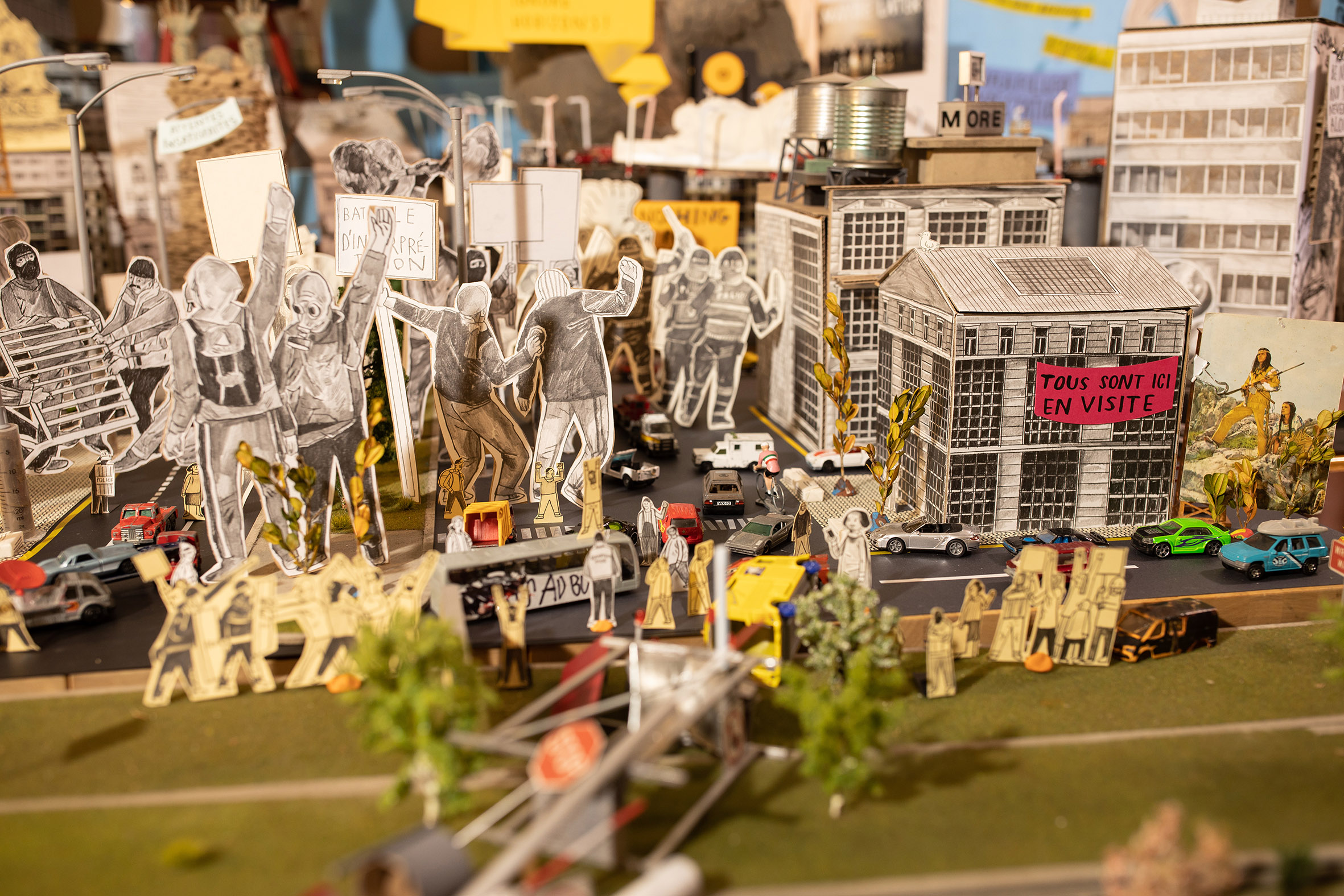 Czech Republic’s leading artists and illustrators David Böhm & Jiří Franta, whose distinctive work bounces off their shared sense of humour and social awareness, challenge our understanding of community and the indivisibility of the current world in the duo’s first UK show.

Using imaginary city models with staged micro stories, the artists draw on current social and political issues to explore the city not only as a place of neighbourhood and coexistence but also as a crowded and fragmented world, in which it is necessary to reconsider some of the basic ideas. Does the concept of nations still make sense? Wouldn’t it be possible to organise the planet better? Who sustains whom? And can we find a way to stop living at the expense of future generations? Inspired by the exquisitely staged narrative paintings, familiar from the work of artists such as Pieter Brueghel, the artists’ own tableaux will be displayed as a large scale photo series in an outdoor exhibition on the fence of the Czech Embassy in London on busy Bayswater Road, while the models themselves will be exhibited in the gallery inside. Exploring the ‘fence’ motif Böhm & Franta link the outdoor exhibition with the indoor one while referring to relations with our neighbours and borders beyond which we are not welcome, raising the question of who the ‘outsider’ really is.

About the Artists:
David Böhm and Jiří Franta, an artistic duo since 2006, explore in their work the relation between drawing, performance and conceptual art. Known for drawing and painting on walls in galleries as well as in public spaces, Böhm and Franta present their distinctive perception of the world – their views on society, politics, the art scene, and mass media as well as their own feelings. In their “illustrations,” they often play with multiple meaning and irony, commenting on the life of the human community. They were finalists for the Jindřich Chalupecký Award, the top Czech award for visual artists up to the age of 35, in 2009, 2010 and 2012 and have received multiple awards for their books, the most recent one being the Illustrator of the Year Award at the Czech Grand Designs 2022 for their book City for Everyone; A Manual of Urbanism for Beginners.

Supported by the Embassy of the Czech Republic in London

In collaboration with the Kensington + Chelsea Art Week and the London Festival of Architecture. Part of the Czech Centre London programme marking the Czech Republic’s Presidency of the Council of the European Union.