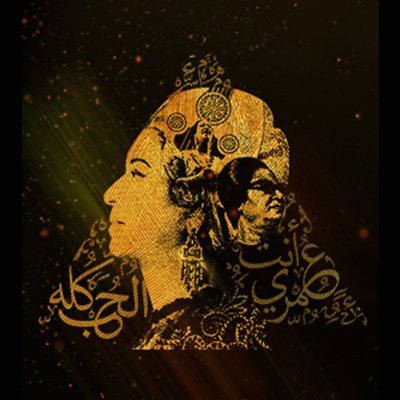 Dubbed Egypt’s 4th Pyramid, Umm Kulthum is the woman whose musical legacy sculpted Arab history and engraved women’s voices into the consciousness of the Arab world. This powerful musical covers her most mesmerising works spanning from the 1920’s up to the 1970’s, culminating in her iconic performance at Paris’ L’Olympia. Making its highly anticipated worldwide debut, this is the story of the female voice that outshone time.

At a time when women in the music world were few and far between, Umm Kulthum carved her path in a man’s world. Her unparalleled and iconic career spanned five decades, leaving a lasting legacy remembered until today. This unique musical introduces the life and soundtrack of Egypt’s leading musical sensation and the challenges she overcame to become the biggest star of the country’s ‘Golden Era’.

The legendary singer (who passed away 45 years ago), will be resurrected on the West End’s renowned London Palladium. With English script and songs sung in Arabic, including English subtitles, her music will be reborn in London’s prestigious concert hall.

Her most prominent works, composed by Egypt’s musical giants, including Riyad El Sunbati, Sayed Mekawy and Baligh Hamdi, will be performed by a full orchestra under the direction of Damascus born composer Louai Alhenaoui. Alhenaoui is the current director of the ‘London Syrian Ensemble’ and was previously the ney soloist at the Syrian National Symphony Orchestra and the National Arabic Orchestra, as well as having toured and performed with Fayrouz.