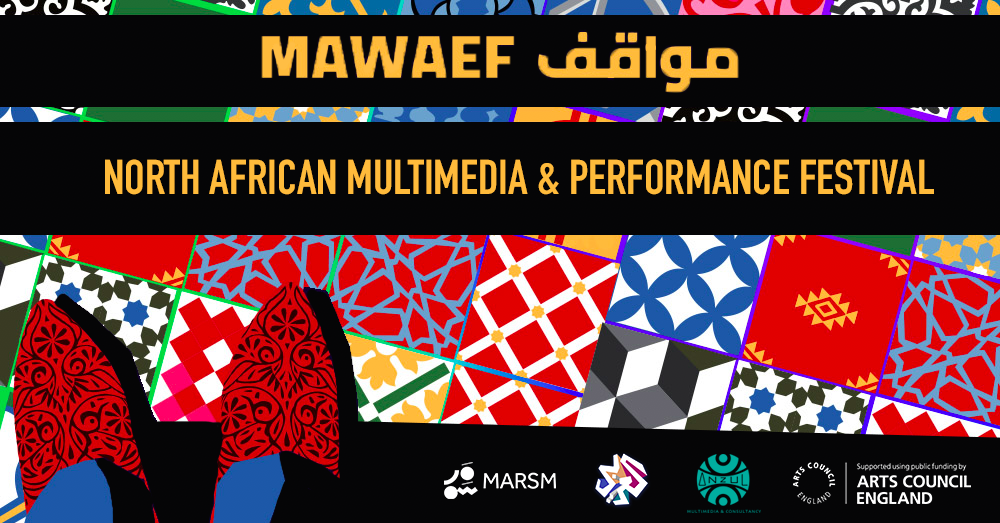 Now in its 2nd edition, STANCES – مواقف is a multimedia & performance festival dedicated to contemporary artists from Morocco, Tunisia and Algeria who take daring and critical stances towards their ever-changing social and political landscape, either amongst their respective diasporas or across North Africa. This year’s edition showcases the latest urban endeavours that young and upcoming creatives have embarked on to disentangle complexities of perception, identity, belonging and self-worth.

**This is an all-day event for all ages. To the exception of the live music and feature film screening, all other events are completely free and based on a donation system.**

FULL DAY PROGRAMME & TIMES TO BE RELEASED ON SEP 1ST

Meanwhile, here is a sneak preview:

This event has been made possible by the generous support of Arts Council England and Al Araby TV.