We Could be Heroes – Screening (Stances Festival – مواقف) 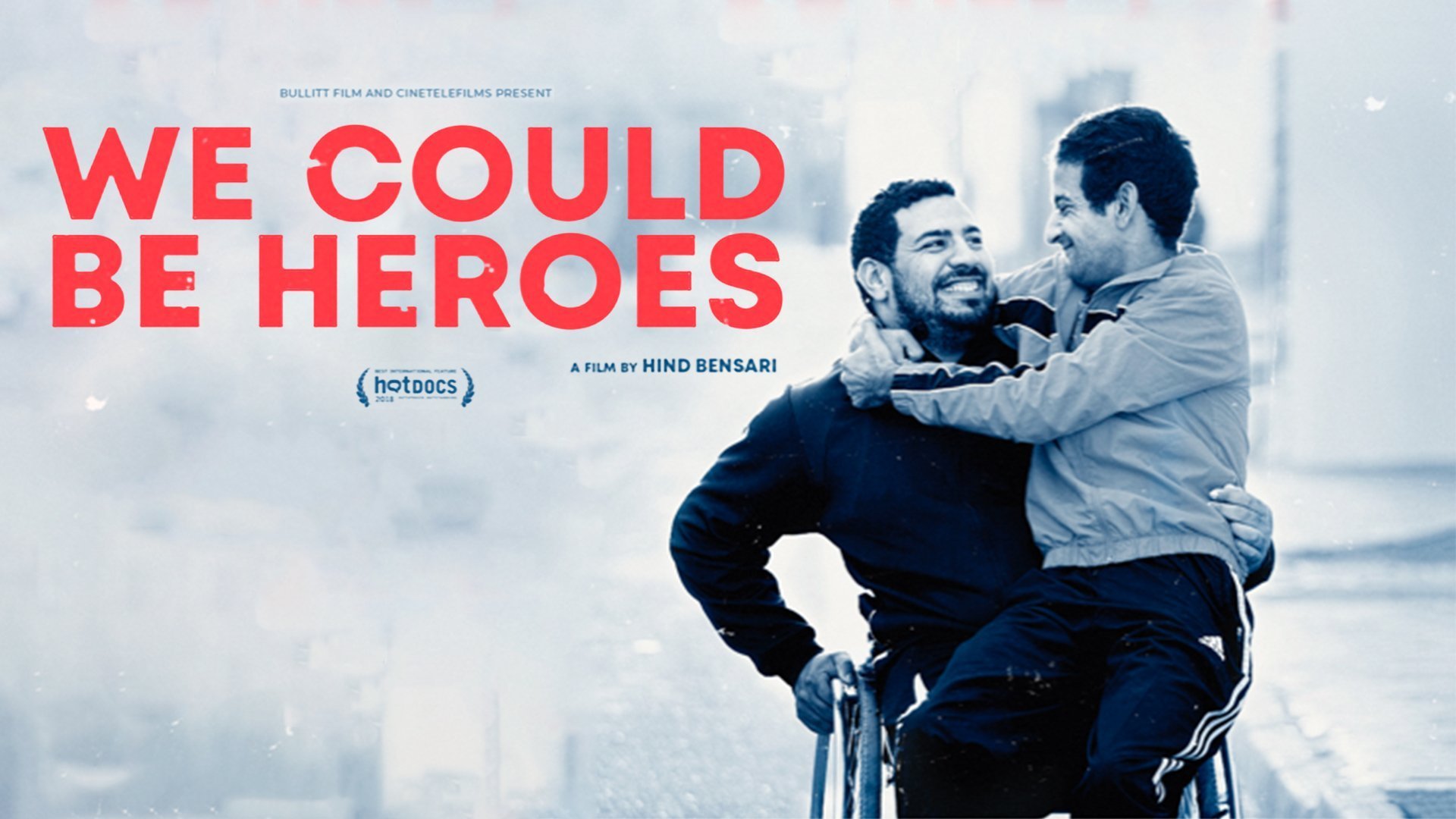 This event is part of STANCES Festival (مواقف). Now in it’s 2nd edition, STANCES is a multimedia & performance festival that explores and celebrates the daring visions of contemporary artists from North Africa and the diaspora. With more than a dozen events over a 3 week period, the festival proudly presents the 2018 award winning documentary ‘We Could be Heroes’ by Moroccan director Hind Bensari.

– This is a ticketed event. Tickets available through Rich Mix. –

Synopsis:
In the run-up to the 2016 Rio Paralympic Games, Azzedine Nouiri, the world champion in seated shot put, inspires his childhood friend Youssef to take on the challenge of qualifying to the Games despite their lack of means and formal training. Through their uniquely moving and tight companionship, We Could Be Heroes narrates the struggles of disabled outcasts longing to conquer the extraordinary in order to finally have the same rights and opportunities as ordinary men back home in Morocco.

About the Director:
Born in Casablanca, Hind Bensari grew up in London before quitting her job in an investment fund to move back to Morocco to produce and direct her first documentary, ‘475: Break the Silence’ (2014). Entirely crowd-funded, the film became an Internet sensation and won critical acclaim from The New York Times and ARD, Germany’s first television channel. It broke audience records on 2M TV, and has been distributed on channels worldwide including DR2 (Denmark), SIC Portugal and Planète Canada. A TEDx speaker, Bensari graduated with a degree in Economics and Middle-Eastern Studies from Edinburgh University and holds a certificate in International Political Economy from the London School of Economics.

This event is 14+.
Rich Mix is wheelchair accessible.

This event has been made possible by the generous support of Arts Council England and Al Araby TV.