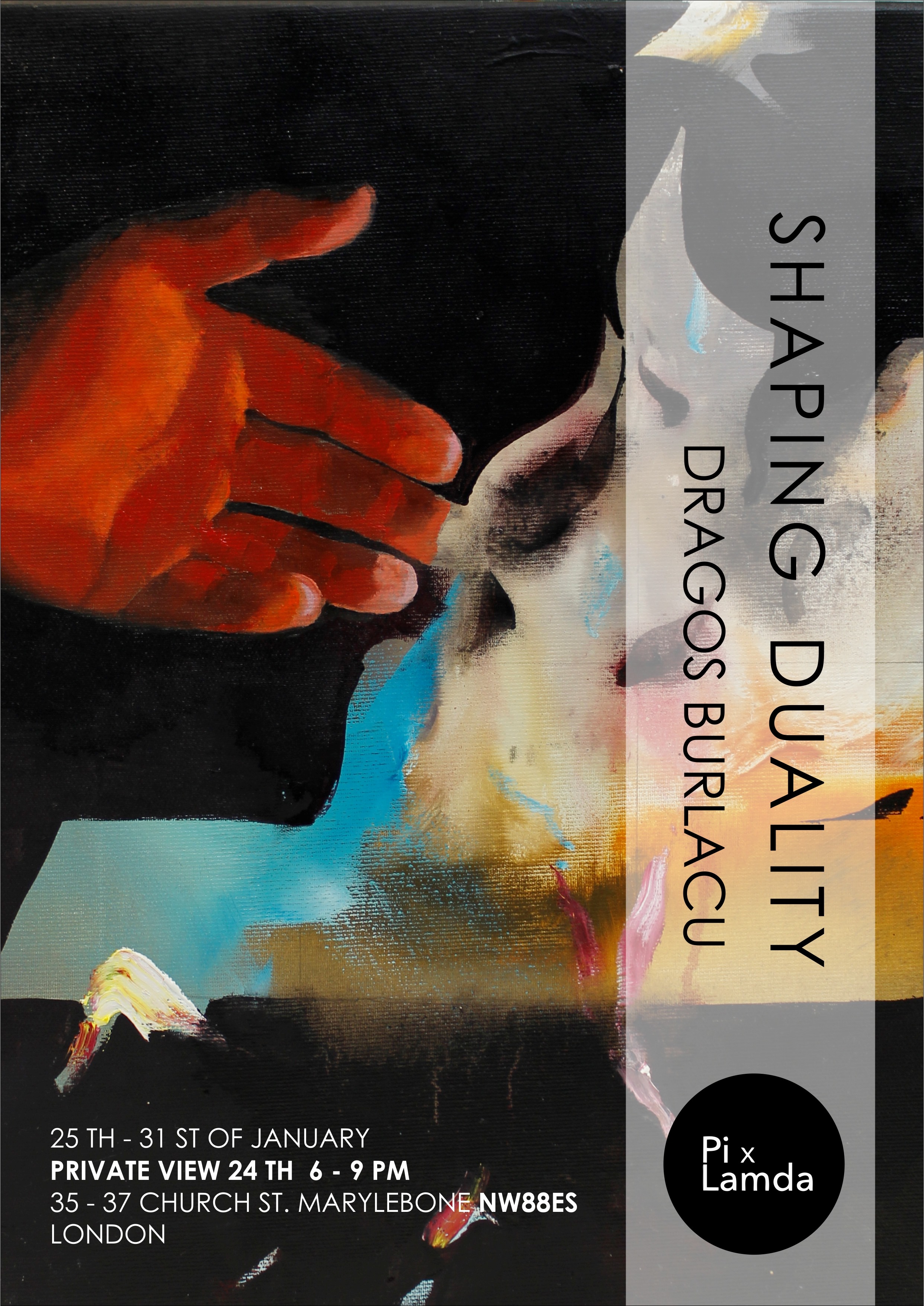 Shaping Duality explores the mysterious way our minds are able to hold two opposing ideas or beliefs. The exhibition proposes an in depth exploration of the artist’s creative process and thinking. The symbolistic artworks that Dragos presents encapsulate the constant battle between the antithetical concepts of Power – Fragility, Ethereal – Carnal, Shelter – Capture, Inside – Outside, Freedom – Enchainment.

The curatorial concept of the show is shaped by the governing theme of duality. Hence, both floors inside the space are representative of the extremes that built the antithetical pair of “Power and Fragility”. Upon entering the gallery, the public can notice the carnal, fleshy tones that dominate Dragos’s works. On the ground floor the artist uses the motif of hands as the mediator between inner self and external space. In contrast, the basement establishes an ethereal atmosphere. The room carries the viewer into a more sonic place through the audio installation that explains the artist’s creative thinking, studio practice and inspirational triggers. Dragos explores the fragility of life using symbolism to approach primordial themes. Additionally, the artist breaks the chains of duality by introducing a series of triptychs drifting the exhibition away from the domination of the number two and placing it under the number three. Finally, the show manages to reshape duality by revealing the junction between different states of mind.

Dragos Burlacu is a Romanian artist who uses a wide range of styles and media to create works that bind the abstract and figurative. His body of work is the epitome of self exploration through the creative process and an analysis of the world that surrounds us. The artist’s duality and flexibility are mirrored in his creations and the large variety of themes he approaches. The only constant in Dragos’s creative thinking is change.