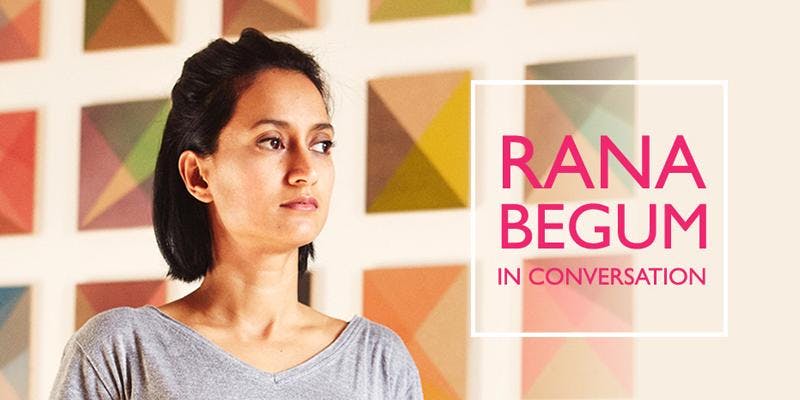 Join us for a lively evening with one of the most exciting artists working in Britain today, Rana Begum, in conversation with Anne Barlow, Director of Tate St Ives, who hosted Rana’s solo exhibition in 2018. The talk will coincide with Rana’s exhibition at Whitechapel Gallery Is This Tomorrow? (14 Feb-12 May).

The work of London-based artist Rana Begum distills spatial and visual experience into ordered form. Through her refined language of Minimalist abstraction, Begum blurs the boundaries between sculpture, painting and architecture. Her visual language draws from the urban landscape as well as geometric patterns from traditional Islamic art and architecture. Light is fundamental to her process. Her works absorb and reflect varied densities of light to produce an experience for the viewer that is both temporal and sensorial.

This event is part of the Asia House 2019 Winter Arts and Learning Programme, a completely unique initiative in the UK in presenting a pan-Asian artistic and cultural programme with a scope of more than 40 countries in the region. Through our programme of events on arts, culture and education we act as a catalyst for the discovery of the diverse arts and cultures of Asia and the Asian diaspora, and serve as a bridge of understanding between the UK and Asia.