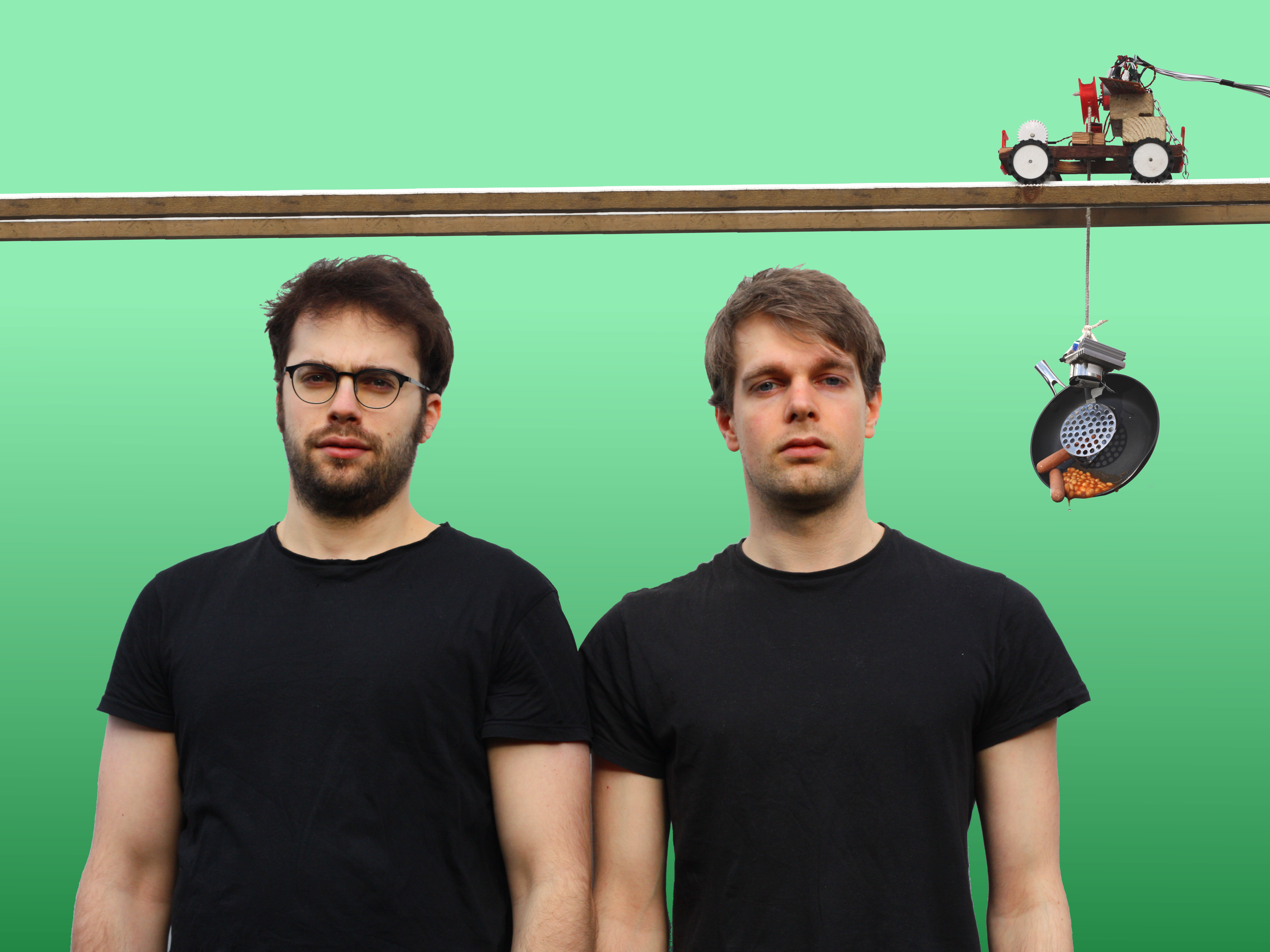 After a sold-out Edinburgh Fringe run in 2018, comedy tech duo Foxdog Studios bring their Robot Chef to The Vaults.

Following a year building an invoicing system in Stoke, rock and roll IT consultants Pete and Lloyd are having a party celebrating the end of dBASE IV. Returning with more music, characters, and baffling tech – including an augmented reality world and an audience controlled robot chef – this is their most ambitious show yet.

GET YOUR TICKETS HERE