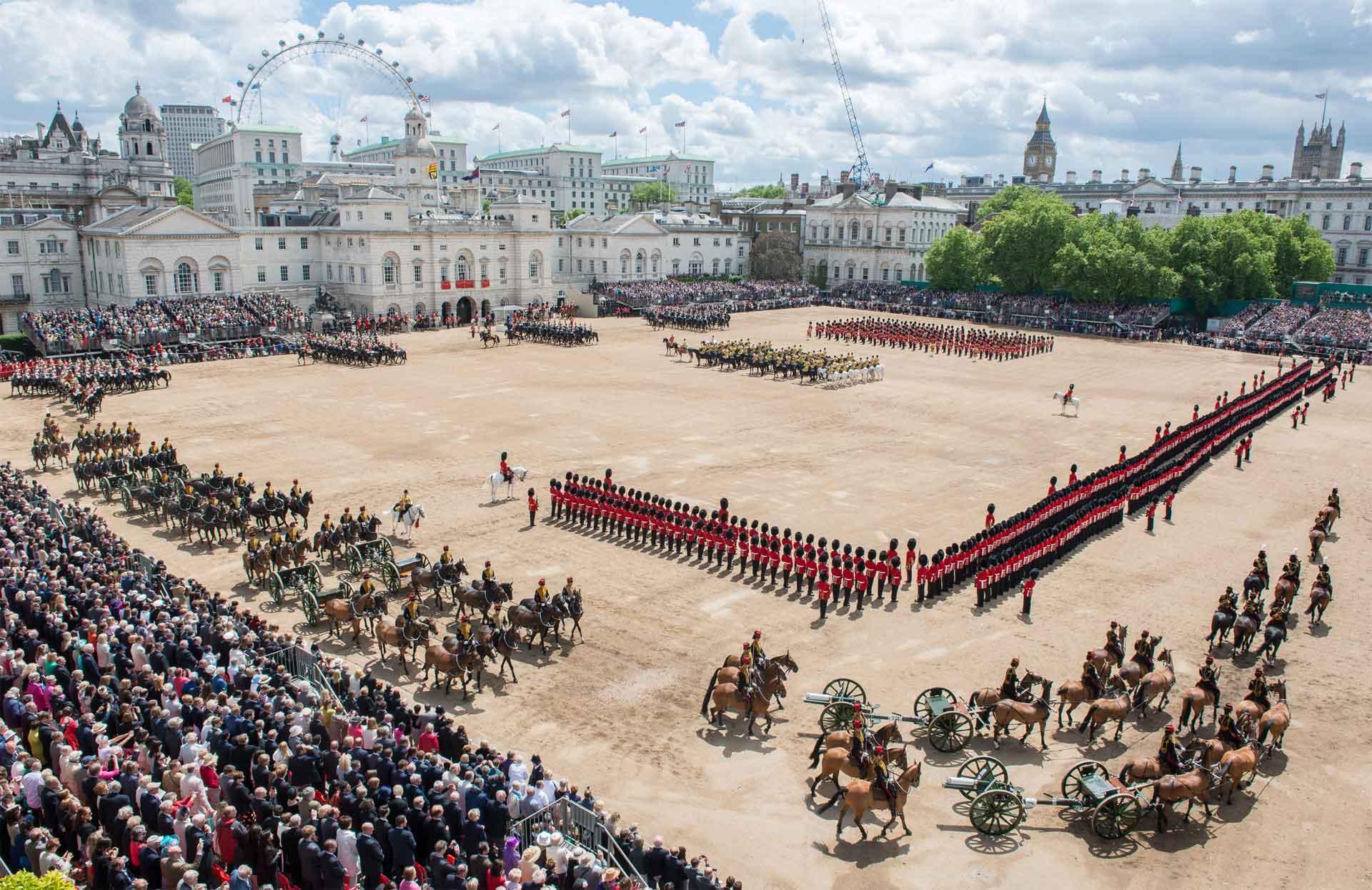 The Queen’s Birthday Parade is a ceremonial event that is also known as Trooping Colour. Trooping the Colour originated from traditional preparations for battle when a Regiment’s Colour was carried, or “trooped”, to recognize  rallying point in the confusion of battle.

The ceremony enlists Traditional London royal guards along with officers line up and perform marching sequences. Total of more than 1000 marching members and approximately 400 musicians join and make The Queen’s Birthday Parade ever so colourful.

The ceremony begins with the journey of The Queen to from the Buckingham Palace to The Mall by carriage. As eleven o’clock Her Majesty The Queen arrives to receive the Royal Salute from the fellow marching party.

The ceremony continues with the massed bands performing a musical ‘troop’ the Regimental Colour, being the trooped. The guards than march past Her Majesty, and The King’s Troop with their Guns. After that, the queen rides back to The Palace and the troops march past on the way of their barracks.

After she joins her family members at The Palace, they watch a fly-past by the Royal Air Force at 1 ‘o’ clock.

Get  online ticket  for the Reviews and Queen’s Birthday Parade for 2018.

Music for LONDON posted an update 1 day ago

The London Library posted an update 5 days, 4 hours ago