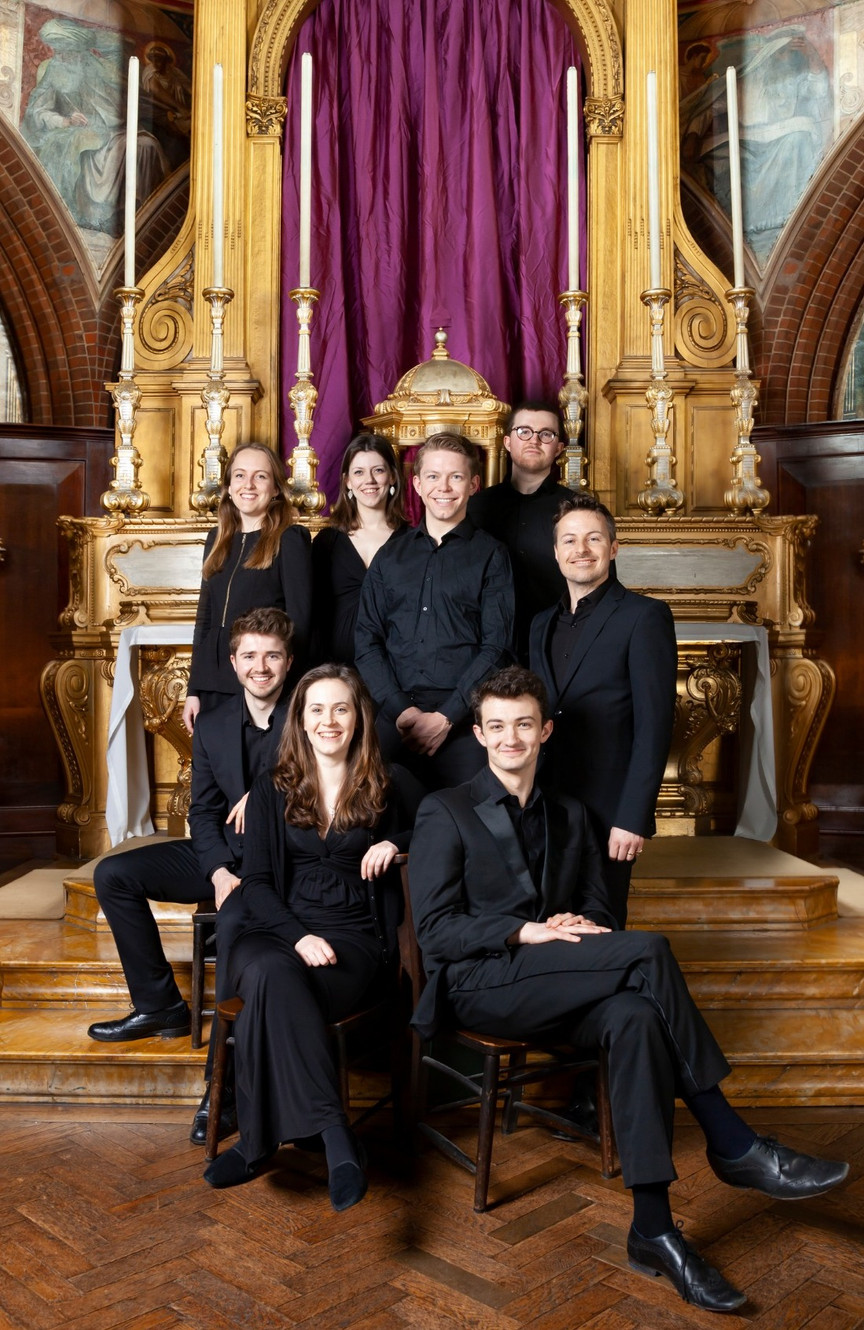 LIFEM 2021: Ensemble Pro Victoria
“I Was Glad: Music of the English Baroque”

Ensemble Pro Victoria is one of the most refined young early music ensembles in Britain. Founded at Cambridge University in 2015 by Toby Ward (artistic director) and Humphrey Thompson (editor, baritone), they focus on music from Tudor England, the Spanish Golden Age and the early Baroque. Most often, the group performs one-to-a-part, bringing music to life through the beauty of solo singing instead of a choral approach.

The seven core members of the group were thrilled to win a joint-first prize in the London International Festival of Early Music Young Ensemble Competition 2020. With a programme of music from the Spanish Golden Age, they are delighted to return to the London International Festival in 2021 to perform Baroque music from the English and French chapels royal.

Recent highlights have included a pared-down Bach St John Passion as part of the ensemble’s online series ‘Live from St Mary’s, London’ and Tudor Music Afterlives. A filmed recital of Tudor music which lived on in secret after the reformation and Elizabethan Emblems. A programme tracking the effect of the reformation from Catholic polyphony to the height of the Jacobean verse anthem tradition. All supported and advised by William Hunt of Fretwork.

Ensemble Pro Victoria’s first professional album, The Robert Fayrfax Quincentenary on Scotland’s Gramophone award-winning classical label Delphian Records, will be released in October 2021. It is the first recording made of some of the essential music of the Tudor Era; Henry VIII’s nuptial mass to Catherine of Aragon, the seven surviving courtly songs featuring beautiful early English poetry, and further reconstructions from the Eton Choirbook (c.1505), with celebrated lutenist Toby Carr.