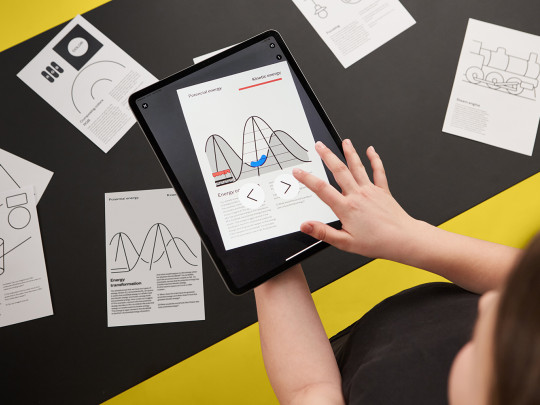 Maintaining kids’ attention during a physics class doesn’t have to be rocket science. Meet Vividbooks, the interactive textbooks with augmented reality! Vividbooks combine high quality educational content with contemporary design and state-of-the-art technology. Yet another mundane science image can be magically brought to life through augmented reality and that’s when a child becomes eager to learn more! Interactive lessons support students in active learning and encourage them to think about the world around them. Together with the teacher, Vividbooks help children discover the true beauty of physics.

The event will be streamed live on the Czech Centre London Facebook page.

GUESTS
Petra Bakajsová is the headmaster at the Livingston Primary School in Prague Čakovice. She began her career at the school as an English teacher and ICT coordinator. Between 2015 and 2018, she worked as a certified Apple lecturer in education, where she had the opportunity to work with several schools and teachers throughout the Czech Republic. In cooperation with NIDV, she led the successful “Teacher and / or Tablet” seminar series for two years and regularly led workshops at the conference. She is a certified Apple trainer for education and a member of the prestigious community of teachers and educators from around the world, Apple Distinguished Educators. Since March 11, 2020, she has successfully transferred her school to the online environment several times. Together with her colleagues, she has created and continuously improves the system of involving children in distance education.

Vítek Škop is a graphic designer, graduate of the Academy of Arts, Architecture and Design in Prague who promotes the idea that design should be meaningful. During his studies he completed internships in London, Barcelona and New York. While living New York, Vítek started with Vividbooks, which he later presented as his diploma project and subsequently transformed into a successful company. Vividbooks are interactive textbooks for kids and their goal is simple – to make science for school children around the world more enjoyable.

GLOBAL SCIENCE CAFÉ / Czech Centres is a series of popular science lectures and debates with the best Czech scientists, innovators, economists and other professionals. GSC (currently an online format) is organized by the Czech Centres and shared within the entire network. It is an informal forum for discussing current scientific and societal issues.