Evolution of the Hindi film hero 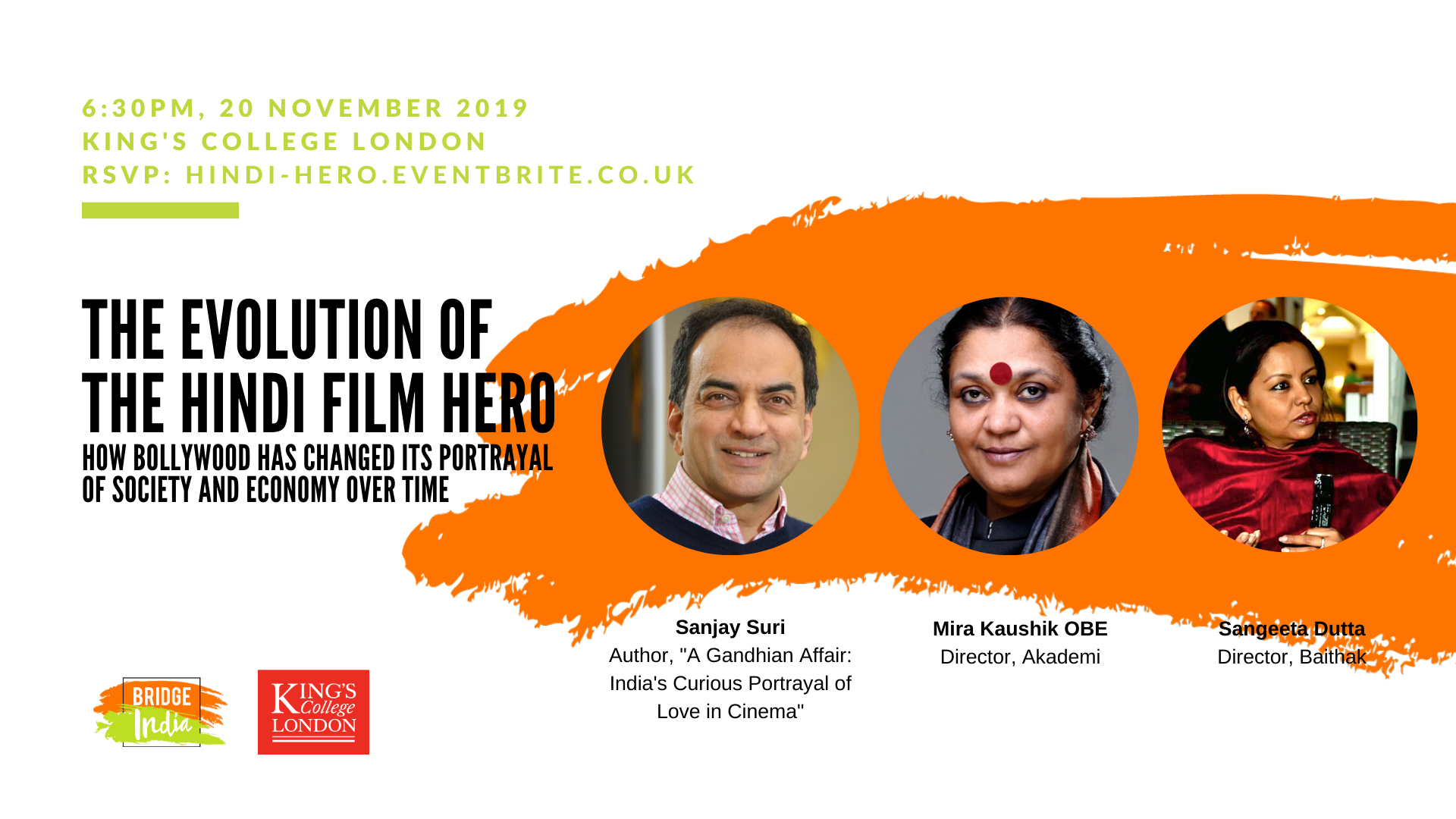 Sanjay Suri, author and Europe Correspondent for CNBC TV-18 argues in his new book that Gandhi has had an outsized influence on the portrayal of the “Hero” in Hindi cinema. Well-known films released between 1948 and 1959 show the ubiquity of this spirit of renunciation among the lead male characters of the era, very much the product of Gandhi’s celibacy and austerity. His heroic retreat from wealth and sexuality was written into the cinema and then elaborately filmed shot by shot. Suri draws on numerous examples – from Mother India to Do Bigha Zameen; Shree 420 to Pyaasa; Sahib, Bibi aur Ghulam to Guide; and Dilwale Dulhania Le Jayenge to Lage Raho Munnabhai – to show how cinema was made within well-defined moral fences that were built with dos and don’ts about sex and money.

The average Hindi film protagonist in earlier decades was a lower-middle class, upper-caste, Hindu male. He was upwardly mobile, yet had the ability to spurn wealth. He romanced the heroine, but placed a high value on celibacy. But he says that in the 1990s and 2000s, as economic growth increased, and India became more outward-looking and strident on the global stage, Gandhi’s austerity fell out of fashion, and the way Indian cinema dealt with money and sex changed completely.

Whether you’re a Hindi cinema fan, a student of history, or curious about the evolution of the Hero in cinema, this will be an interesting evening with journalist and author Sanjay Suri.

Following his talk will be a discussion with eminent personalities from media and film to discuss the evolution of the Hindi film hero, including: