Comedy for the Curious: Fear 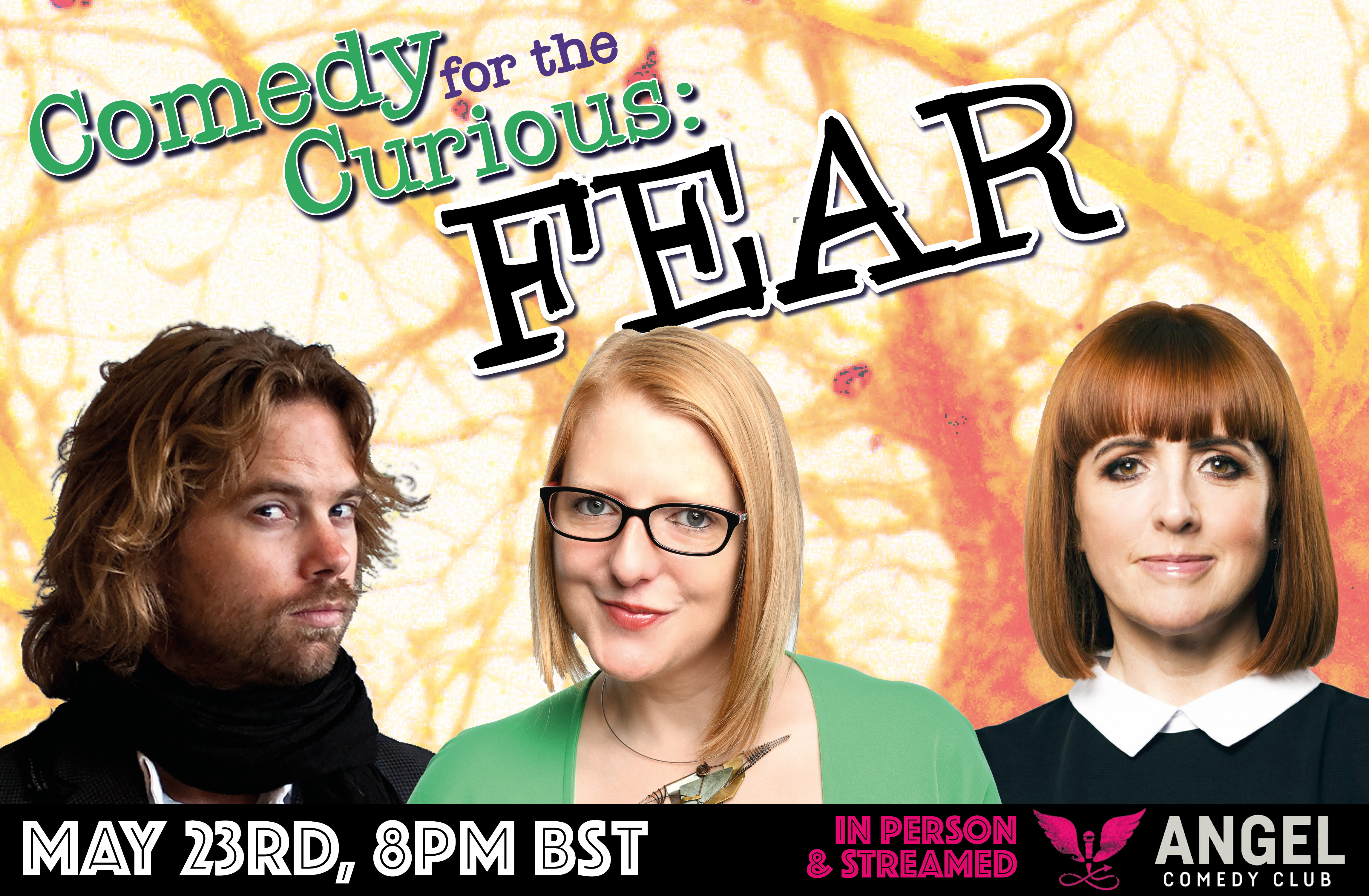 You’re Sunday night lineup show with a twist! Cally Beaton (BBC QI & Radio 4 Museum of Curiosity), Barry Ferns (Angel Comedy) & Host Robyn Perkins. This unique, hour long comedy show is looking at all things FEAR: why we have it, why we like it, and how it affects our lives. Watch 3 comedians tackle the subject of fear from completely different angles…one from a scientific angle.

Choose between Venue Tickets for Angel Comedy or Virtual tickets at Home.