Comedy for the Curious: COMPETITIVENESS 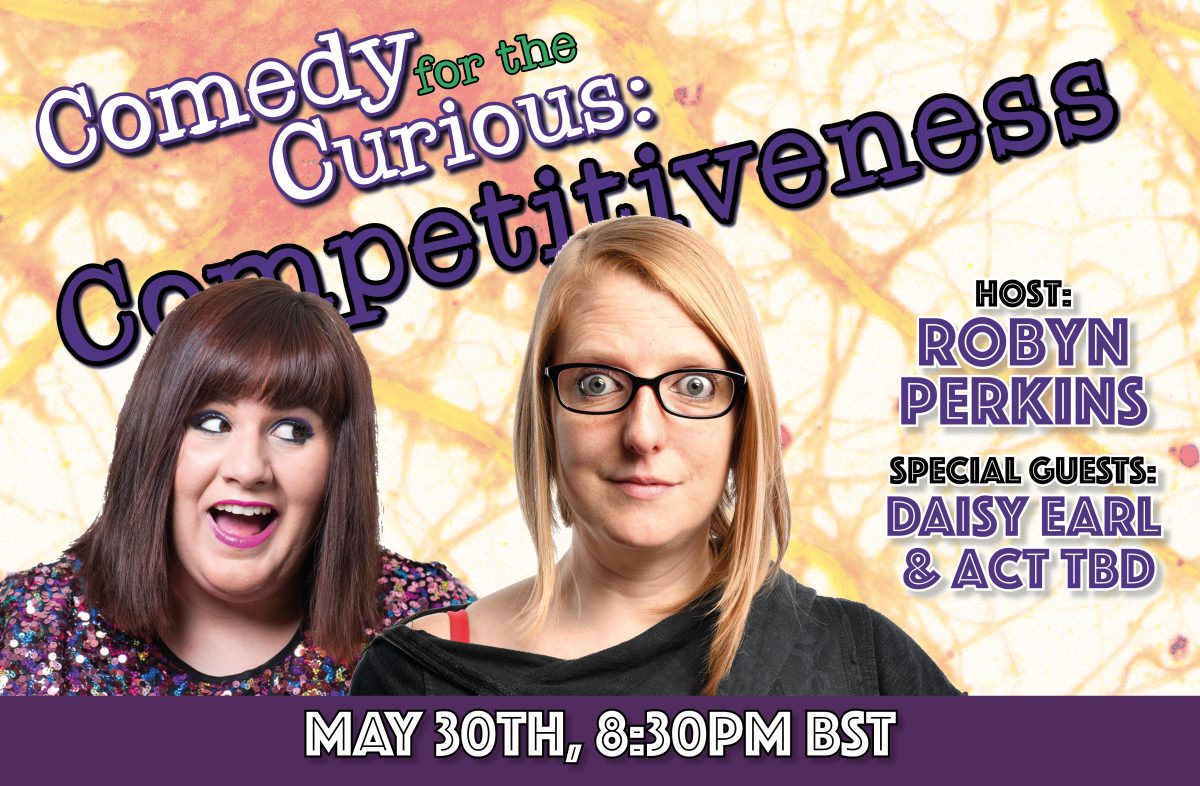 with Robyn Perkins, Daisy Earl & Act TBD
Ever played a game of Monopoly til 5am cos your friend is so competitive she wouldn’t let you leave?!
Join our SUPER competitive comedian host, Robyn Perkins as she delves into an almost personal ‘Eat, Pray, Love’ moment as she uses science to find out why she, and many, many others are so competitive! Take cover this week during out game, its going to be HEATED!
Comedy for the Curious is a science, comedy chat show for anyone who loves comedy and is, well, a bit curious. Join Robyn Perkins (Sydney Fringe Comedy Award Winner), and 2 guest comics to watch 3 unique stand-up sets, all around the topic at hand. This engaging hour then wraps up with our game “Versus the Audience”, because who doesn’t like a game? Comedy for the Curious is a hilarious and interesting online comedy show, laced with science.
Checkout our new comedy for the curious trailer: https://youtu.be/XoCNgnflb1w