Comedy for the Curious: Break-Ups 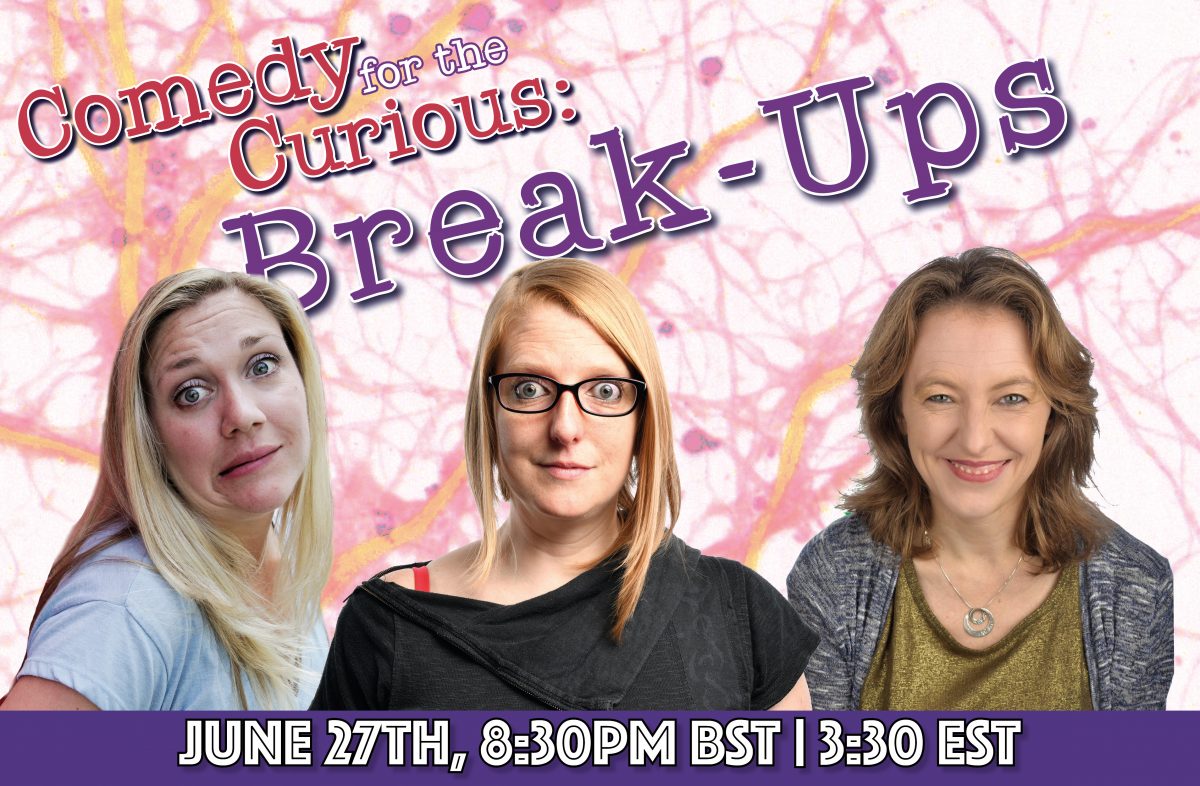 with Rosie Wilby (Break-Up Monologues), Sarah Iles & Host Robyn Perkins
Since June is the month of emotions, let’s talk heart-ache & break-ups. And if you think that’s too sad a subject for comedy fodder, think again. Robyn, Rosie & Sarah have some stories (& facts) that will have you in stitches.
Comedy for the Curious is a science, comedy chat show for anyone who loves comedy and is, well, a bit curious. Join Robyn Perkins (Sydney Fringe Comedy Award Winner), and 2 guest comics to watch 3 unique stand-up sets, all around the topic at hand. This engaging hour then wraps up with our game “Versus the Audience”, because who doesn’t like a game? Comedy for the Curious is a hilarious and interesting online comedy show, laced with science.
Checkout our new comedy for the curious trailer: https://youtu.be/XoCNgnflb1w