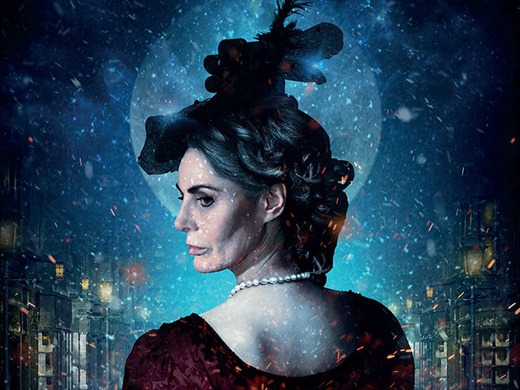 Scrooge. As you’ve never seen her before…
1838, London. Jacob Marley is dead. And so is Ebenezer Scrooge…

In our story, Ebenezer died young, but his sister Fan married Marley and, as his widow, has now inherited his moneylending business.

She rapidly becomes notorious as the most monstrous miser ever known, a legendary misanthrope, lonely, and despised by all who cross her path.

They want her to change. But will she?

This Christmas, rediscover a classic British fairy tale. Refreshed and relevant for the 21st century, this traditional story inspired by the politics of nineteenth century London comes to life in the true Dickensian atmosphere of the world’s oldest surviving music hall, Wilton’s Music Hall.
Brought to you by the team that gave you the sellout The Box of Delights, expect spellbinding magic, haunting music, and petrifying puppets in this triumphant retelling.

Sally Dexter stars as the first ever female Scrooge on a London stage.