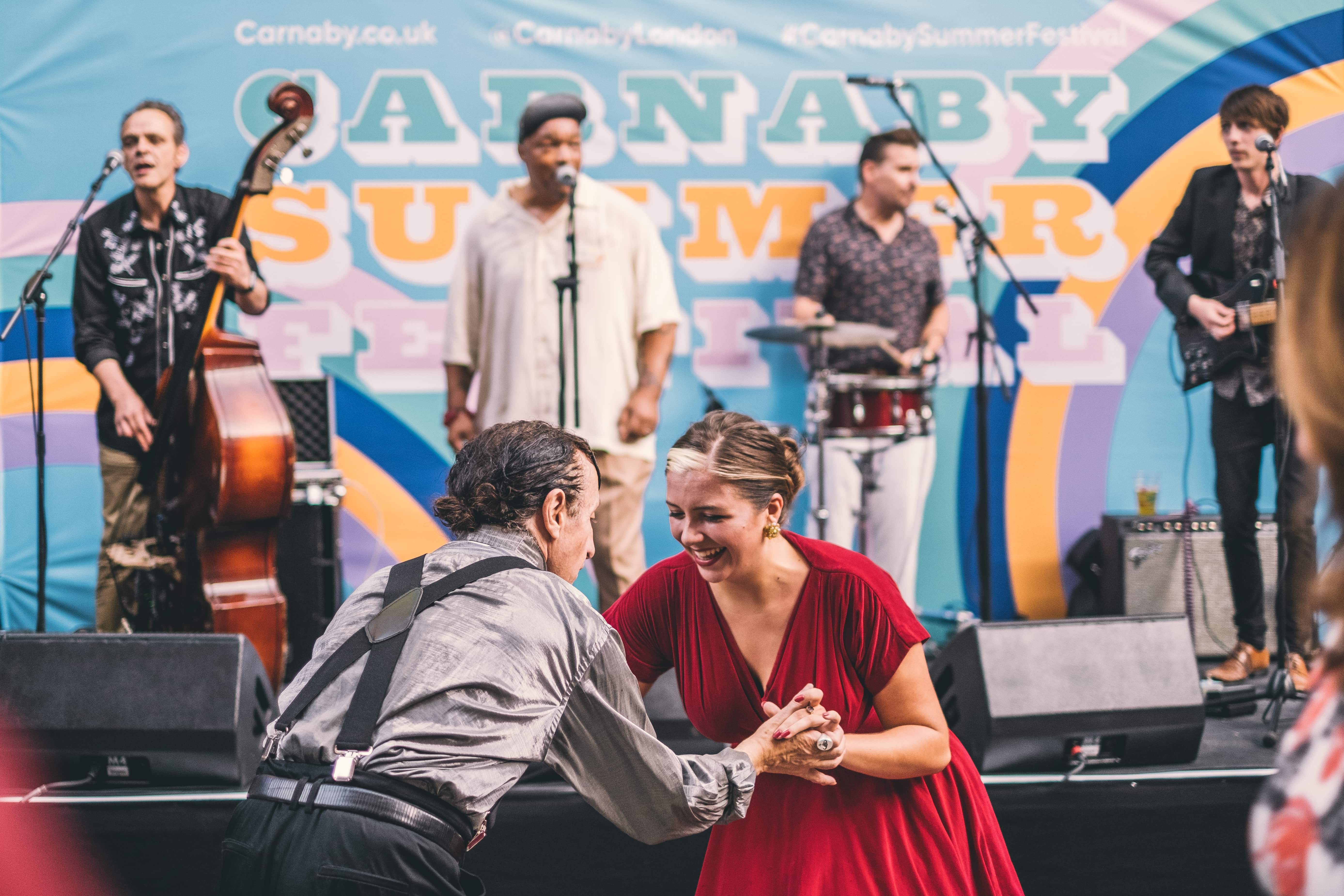 Throughout August and September the Carnaby Summer Festival promises a line-up of live music, open-air comedy and art and craft workshops. This family street festival has options for everyone, whether you’re looking to craft with your kids or boogie with your friends. Don’t miss this exciting couple of months in the heart of London’s bustling West End.

Each week free live performances will occur on Ganton Street between 6pm and 8pm, featuring the cream of UK cross cultural talent.

A five-piece band that will take the audience on a musical journey through Blues, Rhythm n Blues and Fifties Rock n’ Roll whilst nodding in the direction of Irma Thomas, Big Mama Thornton and Elmore James. These cats are a force to be reckoned with. Having regularly played the likes of Glastonbury, all across Europe and the US, this is a rare Carnaby performance for the band and is not to be missed.

For the first time free open air comedy comes to Carnaby with performances by comedian and podcaster Oenone Forbat and the audacious Grace Campbell from The Disgraceful Club. Running 6pm – 8pm in Ganton Street, just off Carnaby Street, the evening promises to be wild, fun and shame free.

ART, CULTURE, THINGS TO DO FOR FREE

A festival pop-up will offer free bookable activities including fresh flower crown making with The Flower Factory on 24th August. Yoga fans can take advantage of yoga meditation workshops with Jasmin Colangelo on 25th August and 1st September. The Lions Barber Collective a group of not-for-profit top-flight barbers, trained in mental health support to help prevent male suicide will run a 2 day pop-up offering men a free haircut from 12-8pm on the 26th and 27th August.

The Carnaby festival pop up is located at 2 Newburgh Street. Places are limited and are booked via a ballot at http://www.carnaby.co.uk.

The Pickle Jar posted a new event. 13 hours, 15 minutes ago