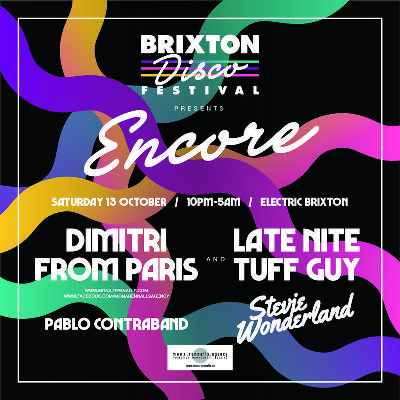 Be trilled for the 2 biggest disco DJs on the planet is takin up Stevie Wonderland’s finest disco collective.

DJ Dimitri from Paris known for his numerous masterpiece including his new album ‘Le Chic Remix’ is going to showcase his raw talents of editing and remixing Chic productions.

Late Nite Tuff Guy also making an experience by peddling the most credible of disco edits and accuring some serious acclaim from an illustrious roll call of industry people in the know.

Join them both, in a party that will rock your world.