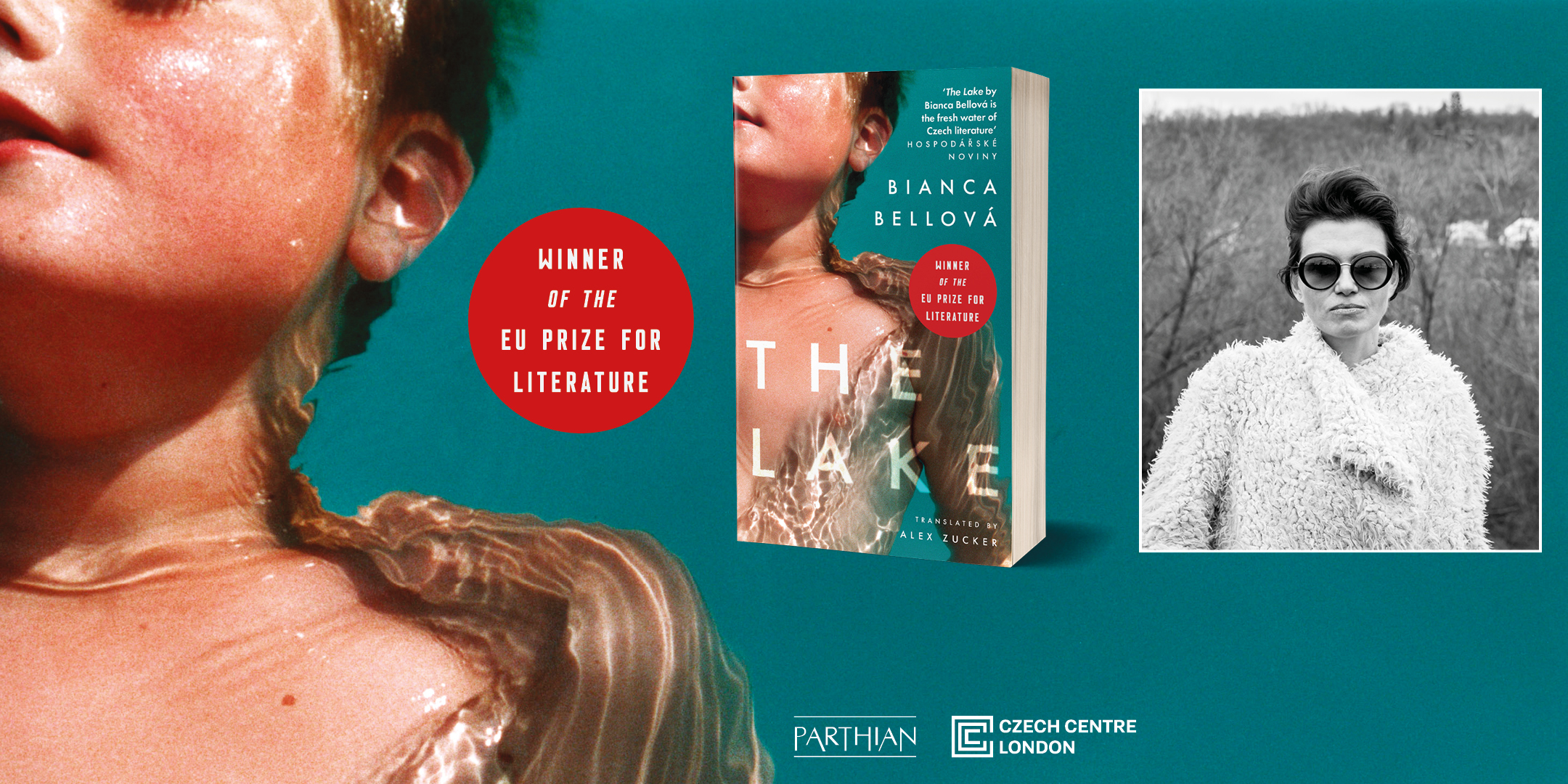 Bianca Bellová in conversation with Glen James Brown to celebrate the launch of The Lake. Followed by a drink reception and book signing.

A winner of the 2017 EU Prize for Literature, writer Bianca Bellová discusses her highly topical book The Lake with Glen James Brown, the Portico and Orwell Prize-shortlisted author of Ironopolis, to celebrate the book’s English-language publication by Parthian Books.

Set in a fictitious country with references to a past Soviet occupation and presenting a post-apocalyptic future of complete climate collapse, The Lake is a powerful and touching story of a young boy who fights his way out of a harsh environment as he searches for his mother. In discussing her inspirations, her experiences growing up in the Eastern Bloc states pre-1989, her tendency to place her characters into extreme situations and the book’s terrifyingly real parallels with the possible aftermath of war in Ukraine, Bellová explores her universal story, which has been translated into twenty languages.

A fishing village at the end of the world. A lake that is drying up and, ominously, pushing out its banks. The men have vodka, the women troubles, the children eczema to scratch at. Born into this unforgiving environment, Nami, a young boy, embarks on a journey with nothing but a bundle of nerves, a coat that was once his grandfather’s and the vague idea of searching for his mother, who disappeared from his life at a young age. To uncover the greatest mystery of his life, he must sail across and walk around the lake and finally dive to its bottom.

‘One of the most remarkable books of the last years.’ – Mladá fronta Dnes

‘A criticism of the Soviet Union, of extinction, of the modern world. Written in such colourful way that one at times seems the stand in front of Andrej Tarkovsky’s camera.’ – Krajské listy

Bianca Bellová is a Prague-based translator, interpreter and writer with Bulgarian roots who has written seven novels. Following her 2009 debut, Sentimental Novel, her real breakthrough came in 2011 with her novel Dead Man, which received widespread critical acclaim and has been translated into German. Her masterpiece novel, The Lake (2016), won the Magnesia Litera award for Czech book of the year and the EU Prize for Literature, and was published in twenty languages. The Lake was followed by the novels Mona (2019), These Fragments (2021) and The Island (2022). Known for her great narrative talent, she is not shy to raise unsettling qustions and to touch on the grand themes of our time in her writing.

Glen James Brown was born and raised in County Durham. He studied English at Leeds Becketts University and in 2013 he won an AHRC scholarship to study for an MA in Creative Writing at the University of Chichester, where he graduated with distinction and won the Kate Betts Memorial Award. His first novel, Ironopolis – about the demise of Teesside social housing and its impact of memory, identity, and folklore – was published in 2018 by Parthian Books. Hailed by The Guardian as ‘nothing short of a triumph’, Ironopolis was shortlisted for the 2019 Orwell Prize for Political Fiction and the 2020 Portico Prize.