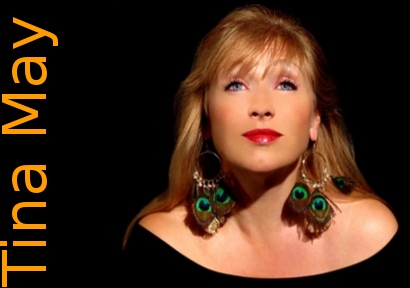 Tina is an internationally-acclaimed vocalist whose career has placed her alongside the leading names of UK jazz including Nikki Iles, Alan Barnes, Cleo Laine, John Dankworth,Stan Tracey, and US stars such as Nat Adderley, Joe Henderson, Curtis Fuller, Ray Bryantand Scott Hamilton.

Tina has recorded an extensive body of work on some 20 plus albums, and she’s appeared at Ronnie Scott’s, countless festivals around the UK and overseas, and has broadcast with the BBC Big Band. She’s also won many awards, including a silver medal from the Worshipful Company of Musicians.

“Tina May remains the most expressive and technically gifted jazz singer on the UK scene.” The Scotsman

“Tina May has a fine, expressive voice, with immaculate pitch” Observer

watch Tina May sing ‘Lazy Afternoon’ at the PIzza Express