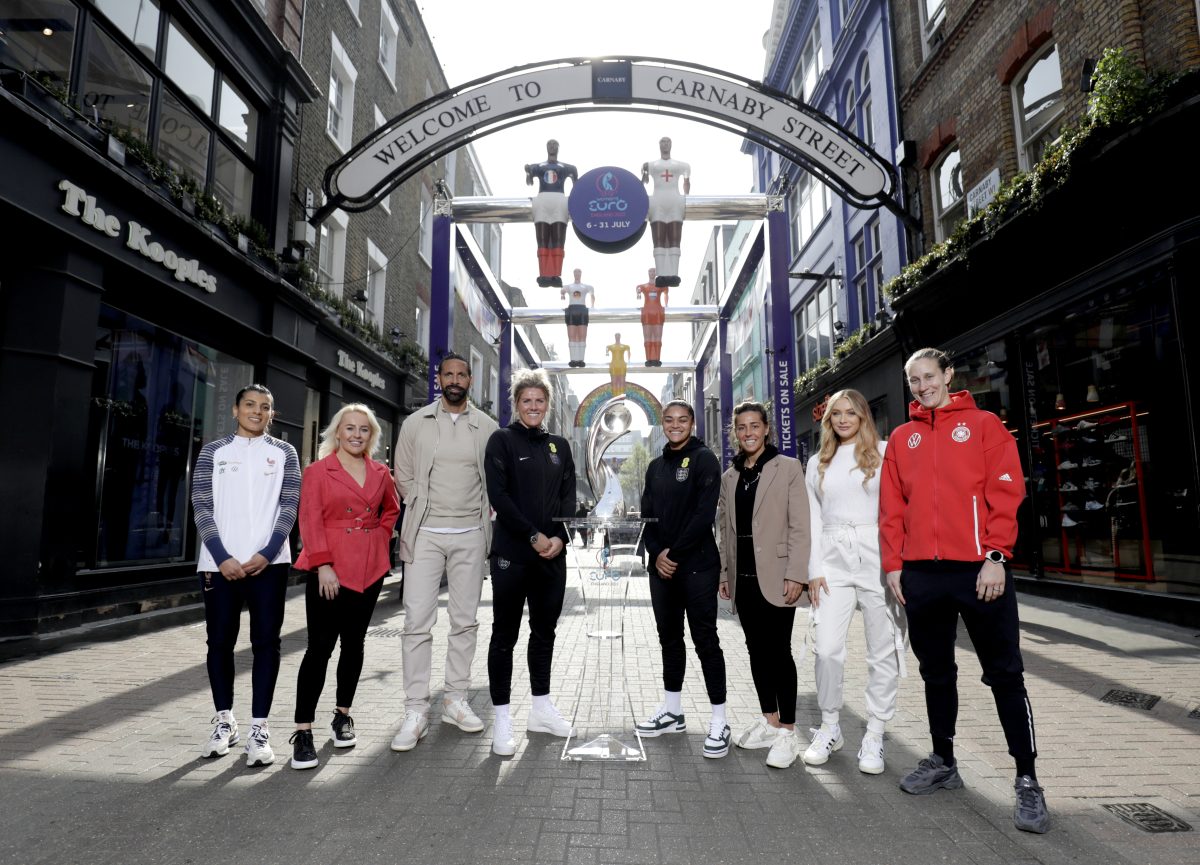 Carnaby announces that the UEFA Women’s EURO installation will be homed on Carnaby Street from 28 March till 10 April. The installation will be assembled beside iconic stores such as size?, War Paint For Men and The Kooples. With 100 days to go until the biggest European women’s sports event in history kicks off, the installation, featuring nine feet tall women’s players, suspended five metres above Carnaby Street, celebrates the scale and importance of UEFA Women’s EURO 2022 by repurposing the traditionally male-dominated table football game.

With tickets to all 31 games going on sale, now is the chance for fans of football, women’s sports, and big events to purchase a ticket and be part of a history-making tournament that aims to unite football and communities and amplify the growth of the women’s game.

Sixteen nations participate in this year’s tournament, which will be played out across England. Ten venues in nine cities will play host to 31 games, including Brighton & Hove, London, Manchester, Milton Keynes, Rotherham, Sheffield, Southampton, Trafford and Wigan & Leigh.

The eye-catching Carnaby Street installation, which features players representing the top-seeded team in each group (England, Germany, Netherlands and France), will be live from 28 March to 10 April. A smaller traditional-sized Women’s EURO table football game is also on display. Passers-by are free to use, featuring teams from England and Austria, who kick off the tournament at Old Trafford on 6 July.