Tonight the Air is Warm 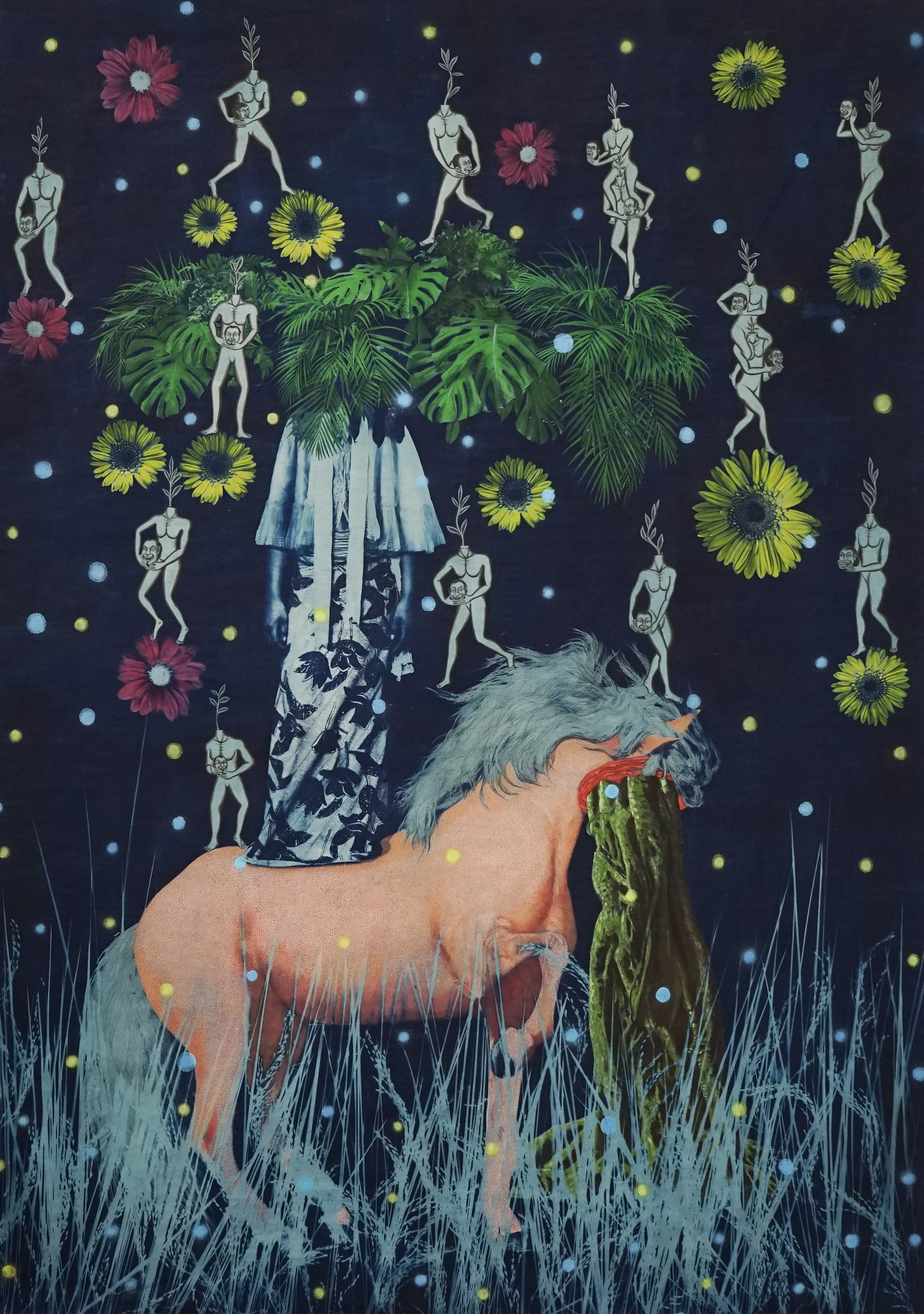 Tonight the Air is Warm brings together a collection of vibrant and diverse photography, print and video works by eight established, mid-career and emerging artists from Southeast Asia. Curated by Tolla Duke Sloane, the show will occupy both the main and speakeasy space at Kristin Hjellegjerde’s London Bridge gallery, providing audiences the opportunity to fully immerse themselves in the region’s artistic landscape. From the tropical gothic to the surrealism of dreams and folklore, and the reimagining of historical narratives, the artists’ reflect on universal issues relating to identity and belonging, whilst also providing heightened and imaginative insights into the cultural specifics of their geographical locations.

Due to the cramped urban spaces of the Southeast Asian cities, photography and other digital mediums are central to the region’s contemporary art scene, allowing artists to transcend their physical boundaries. Thai artist and social activist Manit Sriwanichpoom is widely recognised as one of the original pioneers of a more conceptual, socio-geographical approach to photography and is best known for his striking Pink Man series (1997-2018) from which two works will be shown in this exhibition. The selected photographs feature the cartoon-esque character – who is embodied by Thai poet Sompong Thawee – posed within the set of a so-called ‘opera’. Dressed in his signature fluorescent pink suit with a matching shopping trolley, the character’s presence is both humorous and jarring, mutely referencing the absurdity of consumer culture.

Similarly, Malaysian artist Yee I-Lann’s primarily photomedia-based art practice draws on the visual language of magic realism and mythology to speculate on issues of culture, power and the resonance of historical narratives in collective consciousness. Her large-scale photo-collage artwork Like the Banana Tree at the Gate conjures up the folkloric figure of the Pontianak (the ghostly spirit of a vengeful woman who was said to live in a banana tree), who is embodied by several well known artists and activists within a contemporary studio setting. I-Lann uses humour as a satirical tool to both charm the viewer and once again, expose the absurdity of traditional perspectives in the context of the modern world.

Sarah Choo Jing’s practice also employs theatrical techniques, often designing controlled spaces that used to incite spontaneous interaction. For her video installation Tonight, the air is warm (after which the exhibition is titled), she invited the residents of a social housing complex in Singapore to gather in the playground area at night where she left varying props for them to interact with under stage lighting. ‘The essential nature of the activity is imprecise and occurs across space and time,’ commented the artist. ‘A perpetually open project, the piece takes place in the inter-spaces between interpretation and negotiation, performance and chance.’ By contrast, a video work entitled Where do the fishes go? by Vietnamese artist Jo Ngo, made in April 2020 when Ho Chi Minh City was in lockdown, transports viewers into a hallucinogenic vision of fish and whales swimming through scenes of a city emptied of human interaction. Accompanied by an otherworldly soundtrack, the video has a calming and poetic quality, but at the same time it is impossible to ignore environmental connotations of the natural world reclaiming man-made, urban spaces.

Baliense artist Budi Agung Kuswara engages with historical narratives and archival imagery to create intricately detailed large-scale works that occupy the hazy, liminal space between dream and reality. For this exhibition, Kuswara presents a series of cyanotypes, which are created by assembling objects and materials onto light-sensitive photographic paper and exposing the composition to the sun. The artist then paints colour onto the blue printed image, imbuing a touch of opulence to his characters and also completing the physical connection between the body and sun. This sense of connectivity is central to Kuswara’s practice – and specifically his fascination with mystical science – through which the imagery of the past is revived in the present.

Filipino artist Nicole Coson’s print-making practice also meditates on the residues of time. She sees her depictions of verdant tropical landscapes as ‘architectural interventions…piercing walls with flourishing green windows’ that transport the viewer not only into a new geographical location, but also into a psychological space, reflecting on the power of imagery to awaken the memory and imagination. A similarly palimpsestic approach is central to Genevieve Chua’s image-making process. The Singaporean artist typically begins by photographing wild, natural landscapes in black and white, before painting onto the print, using colour to focus our gaze on a specific aspect or detail which might otherwise be overlooked. Also based in Singapore, Robert Zhao Renhui’s cerebral practice is preoccupied with the natural world and human intervention. In an ongoing series, he inserts a piece of human detritus into the jungle and then sets up a camera trap to record nature’s interactions. The resulting images are typically dark and closely-cropped with an intimate, voyeuristic quality that places the viewer in an almost uncomfortable position as an outsider looking in.

A collection of visually arresting artworks by Wawi Navarroza, come from the Filipino artist’s 2019 series entitled Self-Portraits & The Tropical Gothic. Navarroza creates formally staged scenes for the camera, deliberately controlling the lighting techniques and scenography to flatten the final image and fuse together disparate elements. In this way, the artist defines the Tropical Gothic as a process of syncretism that reflects on the incongruities of Filipino culture as a blend of East and Western influences, and also, on the performance and construction of self more generally.

Presented together, this collection of bold, visually arresting artworks offers a vivid form of escapism that not only transports audiences into the landscapes and stories of Southeast Asia, but also fosters a deeper understanding of, and appreciation for the region’s diverse, flourishing creativity.