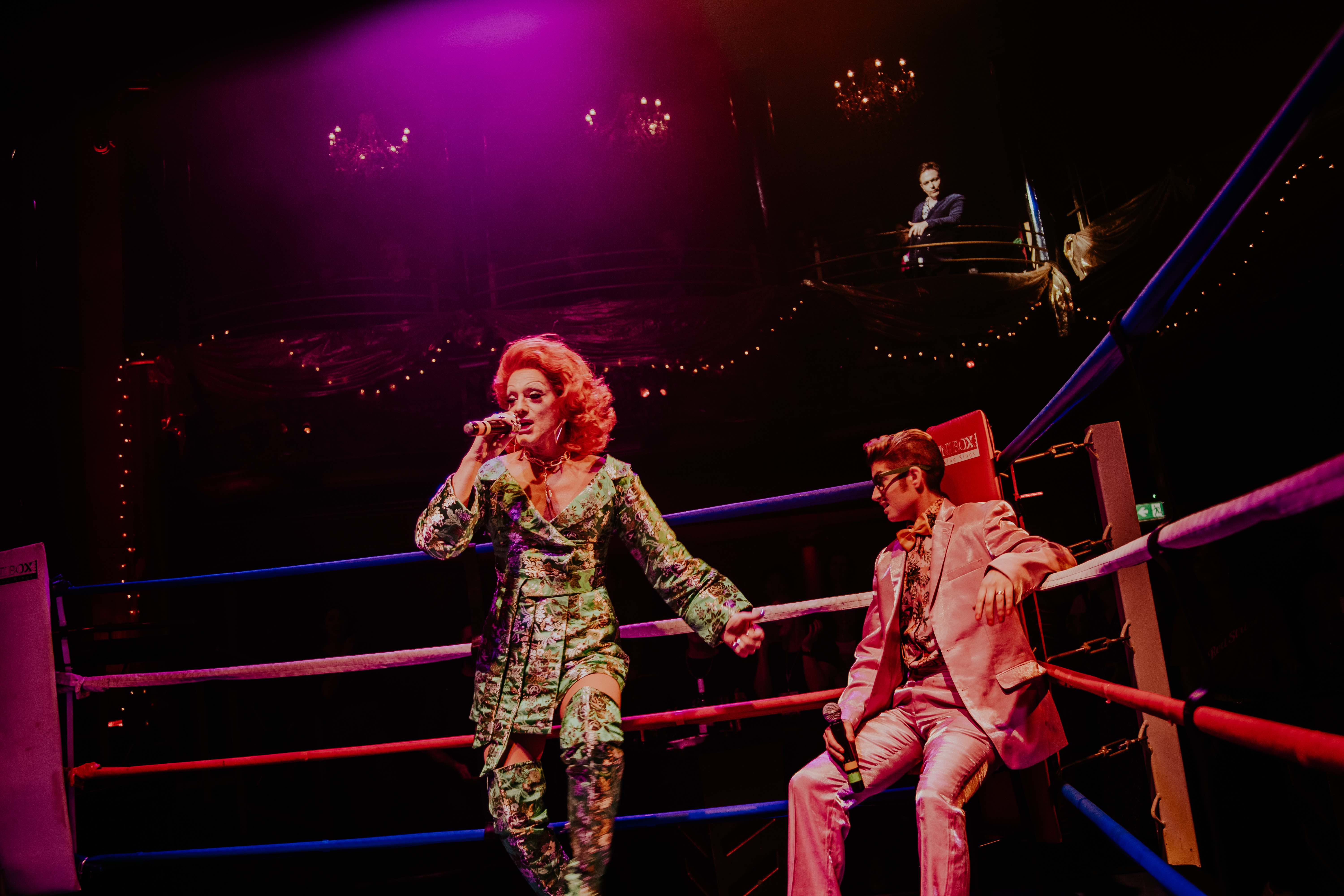 An all-star rumble of Kings, Queens, and Gender F*** artists serve their way into the sickening wrestling ring of shade (yes, a wrestling ring!) at The Clapham Grand. Residing under the tinted lash of glam monster Referee GingZilla, the gloves are off as they bring the house down: reading, slaying and death dropping as they sashay their way through this tournament for the gods.

So flame your fan, clock that wig and beat your mug as these fabulous drag gladiators give life to take home this ultimate title and win the gag-worthy Heels of Glory. Watch them read, rap, roast, beatbox, vogue and lip-synch for their life in the shadiest kiki the world has ever seen.