“The Tingle That You Feel On Your Tongue” by Peter Spanjer 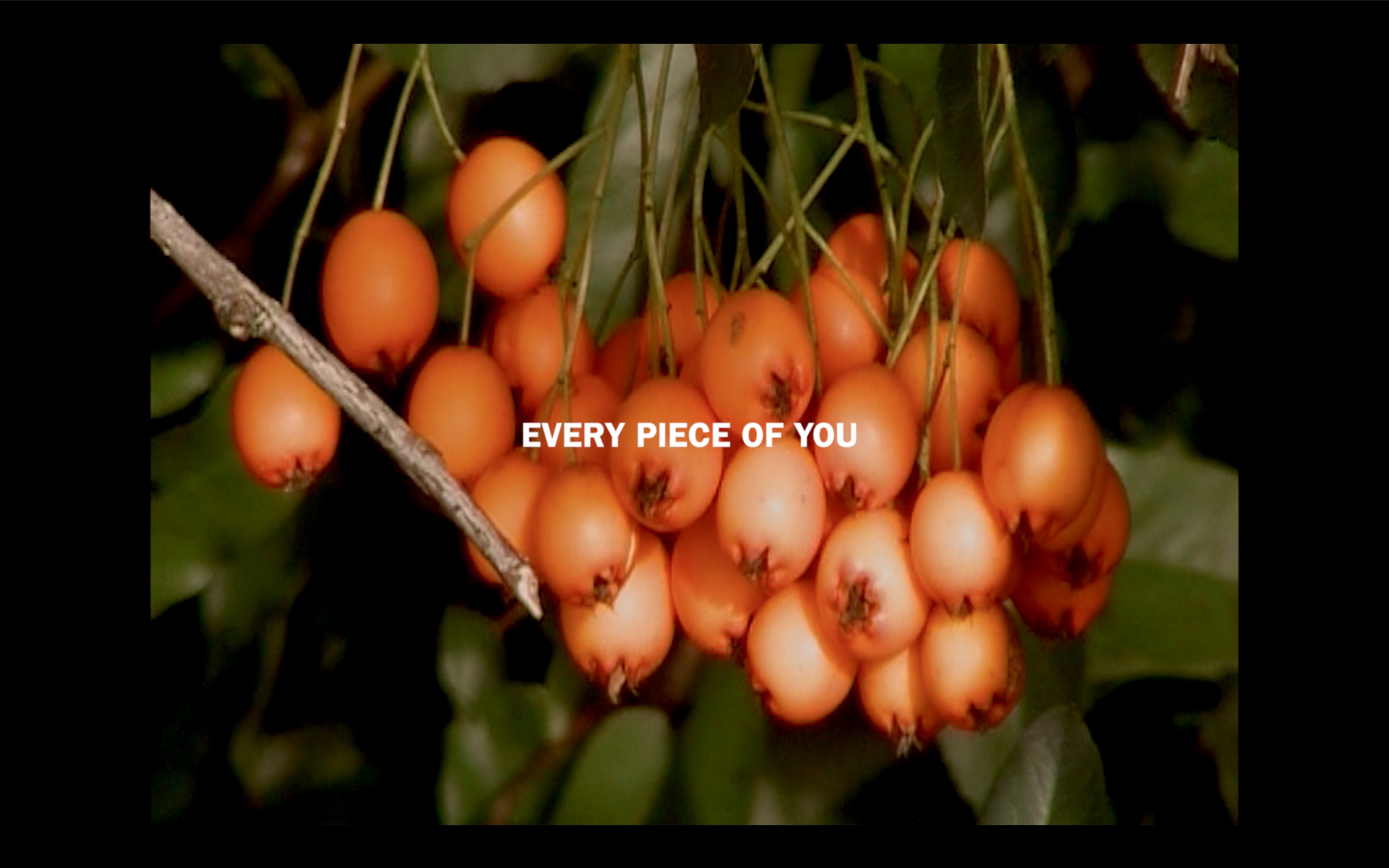 ‘It’s not the bars on the windows that make me safe.’

The camera holds focus on a monstrous looking, thorned flower as a looped soundtrack evokes the mood of an old-fashioned Hollywood film, and then, abruptly, the screen goes black; we’re dropped into an echoing void or perhaps a kind of porthole that brings us hovering over the glimmering surface of water. This is the opening of Make Me Safe, one of two new films created by Nigerian artist Peter Spanjer for his debut solo show entitled The Tingle That You Feel on Your Tongue at Kristin Hjellegjerde Gallery’s London Bridge space. Though distinct in mood, both videos present emotionally-charged immersive experiences that explore identity, resistance, vulnerability and sensuality through the layering of sound, text and image. Both works were created in response to the resurgence of the Black Lives Movement and whilst they each stand alone, together they present as a powerful and poignant dialogue that negotiates juxtaposing expressions of self.

Spanjer’s intuitive creative process is one of collage in which he gradually layers sound, image and text to build a rich sense of depth. He typically begins with the sounds, either creating them himself or stitching together fragments from other sources. The soundscape for Make Me Safe, for example, was created entirely by the artist during lockdown as ‘a form of therapy’ in response to the chaos of the global pandemic and racial protests; the only exception is the resounding voice of a preacher which Spanjer took from the recording of a Church sermon. The preacher’s words connect with the idea of resistance, one Spanjer’s central themes, particularly in relation to resisting stereotypes of masculinity which are used to define and effectively constrain black male identity. Whilst this is by no means a new issue, it is increasingly urgent in the light of continued police brutality and the necessary reimagining of the black body. ‘When it came to adding the visual element of how I was feeling at the time, an emotion that really stuck with me was the feeling of witnessing the re-circulation of images of George Floyd’s killing and other black bodies which, to me, perpetuated this static connotations we make to the black body which is either pain or extreme physical/emotional strength or trauma,’ says Spanjer.

In direct contrast to these conventional representations of masculinity, many of Spanjer’s visuals express vulnerability, ephemerality and inconsistency. In Make Me Safe, for example, images of flowers appear in juxtaposition with the sound, presenting a pervading sense of beauty, sensuality and fragility that probes at masculine ideals and also alludes to the idea of self-care that underpins the second video entitled Every Piece of You. This second work was inspired by the artist’s discovery of meditation and ASMR specifically dedicated to black women. ‘These videos really stuck with me not just because they were targeted at the most vulnerable demographic which is the black woman but also because of the reassurance I felt as a black man and reassurance I wanted to provide in a space of anyone viewing the film,’ explains Spanjer.

The video moves between fast, strobing collages of images and moments of stillness whilst the repetitive, beating soundtrack is hypnotic and at times, unnerving as distorted, disembodied voices reverberate in echoing layers. ‘Every Piece of You feels like an exploration of different sounds and language that muddy the distinction between what they mean, what they could mean or what they don’t mean,’ says Spanjer. In this way, the work offers another form of resistance in which the assemblage of all its parts deliberately challenges the viewer’s perception and avoids any kind of narrative cohesion. The evocation of a sensory, or felt experience also more closely represents the incongruities and flow of thought in which random associations come together to create internalised, personal significance for each individual. ‘It was important to me to create an open narrative piece that guides the viewer but also keeps a space open for each person to explore the work themselves,’ says the artist.

The exhibition’s title also makes reference to the sensory aspect of both works. For Spanjer, a tingle ‘is a feeling that cannot be replicated or even necessarily explained’ and like any sensation, it has the power to trigger memories and transport us psychologically to a specific moment in time. Both videos possess a vivid urgency that speaks to the current racial crisis, but also to universal issues around expression, anxiety, and self. How can we break free from the perceptions that constrain us?, Spanjer seems to be asking. How can we embrace more fluid ways of understanding ourselves and others? ‘To me, these films will always be affiliated to this current moment, but will hopefully still be fruitful for years to come in conversations around reimagining connotations to the black body,’ he says. Viewed together the videos present their own dialogue through a compelling exploration of a more liberated and fluid existence. The Tingle That You Feel on Your Tongue underlines the power of art to express the inexpressible, and to inspire and enact change.