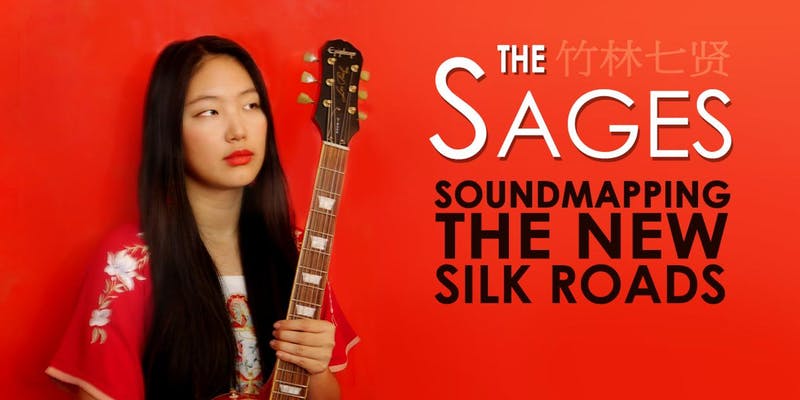 It is said that music is the language of the soul, and nothing could be truer for this world music fusion band. The Sages (竹林七贤), a London-based world band of promising young musicians, draws inspirations from different music elements throughout time and history. Composed by by Yijia Tu, Peadar Connolly-Davey and Gregor Bauer, this group of inspirational musicians from across the globe have earned their reputation as a talented and trendy band to look out for.

As a diverse cosmopolitan generation growing up under an age of globalization and other social changes, the band aims to explore to break through concepts such as “East” and “West,” cultural identity, and musical “genres” through both original composition and adaption of traditional folk music. Indeed the “The Sages 竹林七贤” is a reference to a group of seven literati, artists and scholars in ancient China who chose to escape mundane and hypocritical secular life and status to live in the remote natural countryside with the companionship of music, poetry, art (and wine) in search of a higher spiritual fulfilment.

Yijia Tu first appeared as a semi-finalist in the popular Chinese singer-songwriter talent show “Sing My Song” at the age of 16. After graduating from high school with a certificate in composition, Yijia released her debut album “17” with Sony Records. In collaboration with Chinese and international acclaimed musicians such as Grammy winner Luca Bignardi, Liu Huan, and the China Philharmonic Orchestra, the album won “Media’s Choice Award” at the renowned 2015 CMA (Chinese Music Awards). Yijia was also nominated as “Best New Chinese Artist” at the “Chinese Media Music Awards” in the same year. Yijia has also done several cross-over collaborations in the experiment of new sales format for physical albums. The song “Eventually” or “春上村树” was chosen as the theme song for Haruki Murakami’s Chinese release of the book “Men Without Women” by the Shanghai Translation Publishing House. Yijia also performed at numerous events and festivals such as the Chongqing and Zhangbei Outdoor Music Festival.

Peadar Connolly-Davey is a musician from Wicklow, Ireland, who is studying ethnomusicology at SOAS, University of London. Growing up in a musical family, Peadar discovered his passion for music at a very young age, which led to him studying many different instruments, such as the piano, oboe, recorder, hulusi and autoharp. Peadar also performs under his stage name ‘PDA’ as an alternative R&B-folk-fusion singer/songwriter and producer, releasing his first single ‘Recovery’ in March 2017. Since then, Peadar has released an EP entitled ‘Stigma’ and has been playing music in the East-Asian folk fusion band, The Sages.

Gregor Bauer is in his third year studying Chinese and International Relations at SOAS, where he also plays Chinese percussion and the string instrument Pipa, which he discovered during his year abroad in Beijing. Before joining The Sages, Gregor worked as a film and TV actor in the Czech Republic and Germany, he was the lead singer and percussionist of the swing, soul, and funky big band ZUBB in Prague (CZ), and played drums and percussion in various line-ups at the Voborsky School of Music. He briefly trained in classical singing under operatic bass Petr Hlavatý and was member of several choirs in Czech Republic and the UK. In his spare time, he dabbles in a few other instruments and assists in the production of Chinese TV programs for the UK.

This event is part of the Asia House 2019 Winter Arts and Learning Programme, a completely unique initiative in the UK in presenting a pan-Asian artistic and cultural programme with a scope of more than 40 countries in the region. Through our programme of events on arts, culture and education we act as a catalyst for the discovery of the diverse arts and cultures of Asia and the Asian diaspora, and serve as a bridge of understanding between the UK and Asia.