The ROSES of WHITECHAPEL – Jack The Ripper Theatre Play 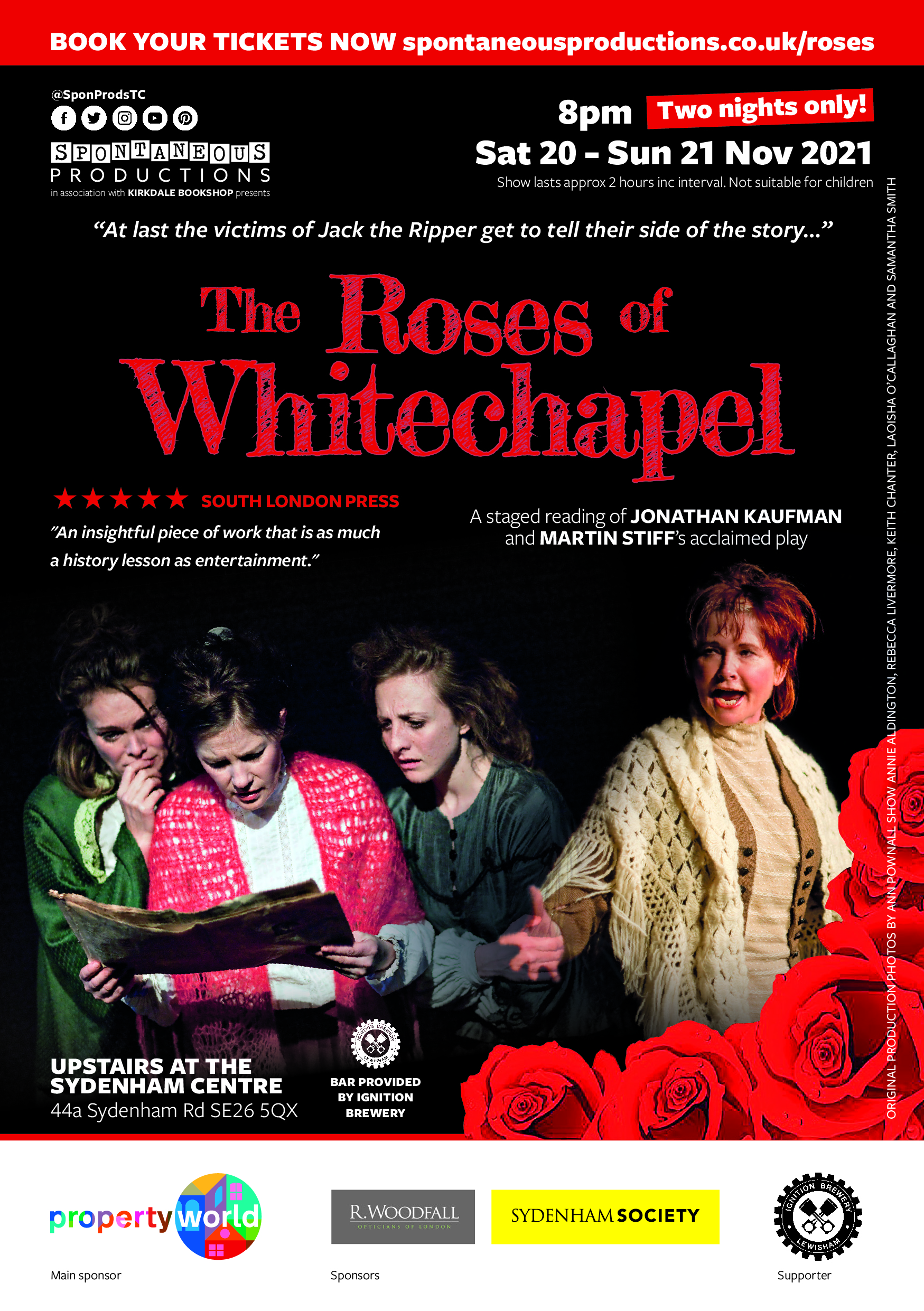 A staged reading of the acclaimed play by Jonathan Kaufman and Martin Stiff. London’s East End, 1888. Terror is stalking Whitechapel’s streets, and for the frightened women who become its victims, their stories – and lives – are about to reach their gruesome end. But these women have tales to tell: as one by one, they share their histories, turning the tables on the cypher that is Jack the Ripper.

First staged to critical acclaim at the Brockley Jack Theatre in 2000 and successfully revived in 2010 at the Greenwich Playhouse and The Lion & The Unicorn Pub Theatre, Kentish Town, Jonathan Kaufman and Martin Stiff’s play celebrates its 21st birthday this year. Now Spontaneous Productions reunites several members of its original casts for a semi-staged, rehearsed reading over two evenings.

A rewarding and rich portrayal of the way of life of five very different women, vivid performances and intensely moving moments (online review by Dave Jordan)

Gripping, emotional stuff. The climax to the performance was incredibly moving and thought-provoking and gave a whole new angle on the Jack the Ripper story. All in all a fascinating new aspect of the tale. (‘Furtherwick’ Casebook Forum)

The play portrays the real hardships these women suffered, and for once the women, not their murderers are the centre of the story. For any Ripper enthusiast, this is the play to see. (review by Liz Evenstad)

‘I thought the show was absolutely brilliant, the script and direction really made us think differently about a story we all know – I love the way you used each character to tell the story, not just as a participant but as an observer.’ (Elouise Calabria)