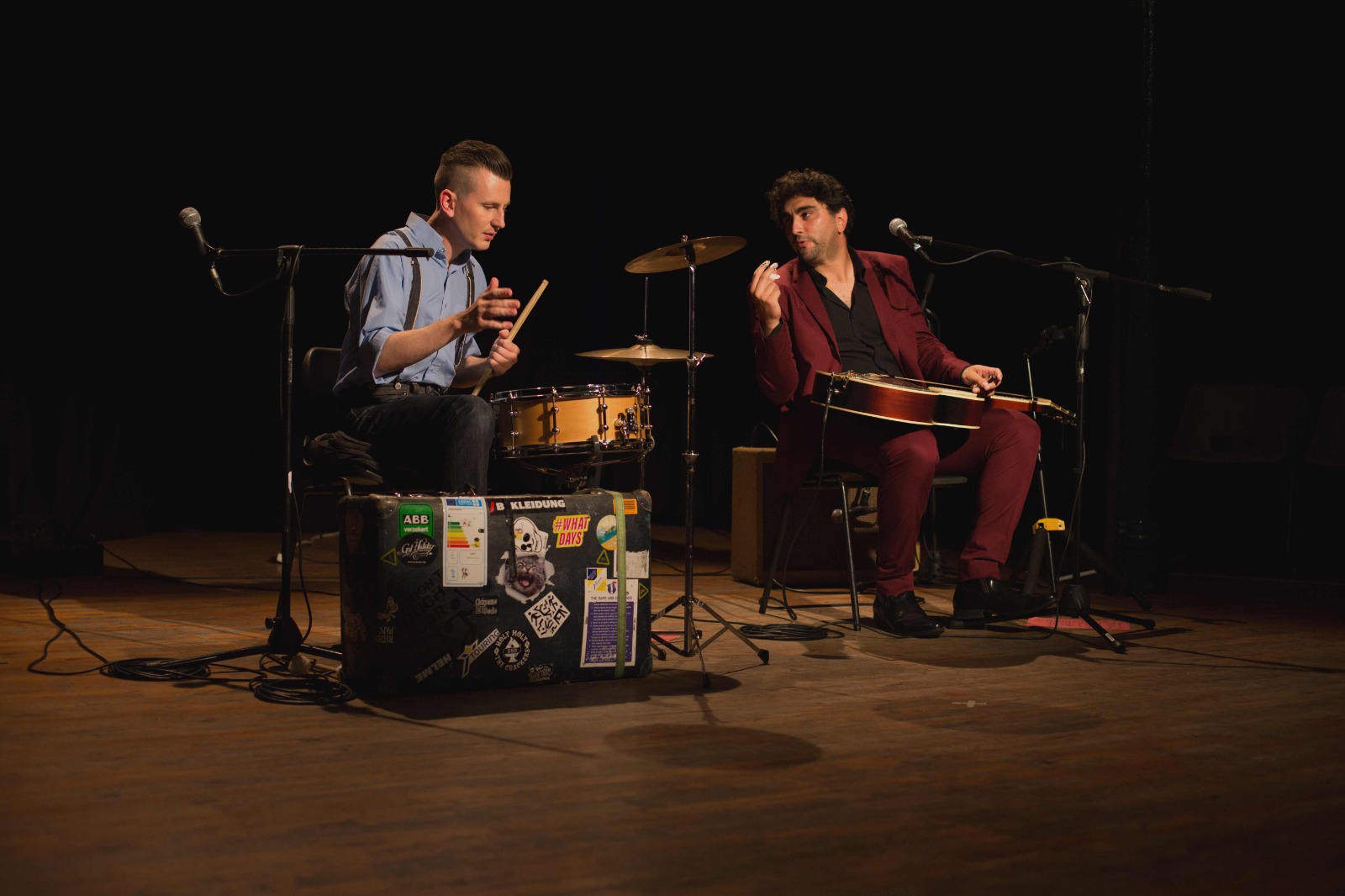 The Rhythm and Booze Project is proud to host a night of blues, whisky, and mischief on Sir Francis Drake’s iconic ship*, The Golden Hinde in London Bridge.

The evening will provide a raucous combination gig and whisky tasting, featuring an OPEN WHISKY BAR with Felipe and Paul doing what they do best as a gritty duo, both as musicians and whisky professionals.

A selection of 10 world class whiskies (mostly single malts) will be available, and you’ll get to enjoy as many of them as you want, in whatever order you wish. Felipe and Paul will walk you through the selection, teaching you about the whisky as well as laying down some blues music as the perfect soundtrack for the evening.

There are only limited spaces for this maritime* whisky-soaked event, so book now!

The Rhythm and Booze Project features Felipe and Paul, a duo fusing live music and whisky through gigs, tasting events, and multimedia experiences.

The project was born during a 2012 pilgrimage to the whisky capital of Islay, when Felipe and Paul played in bars and hotels in exchange for a meal, a bed, and healthy drams of whisky.

With five professional degrees between them, Felipe and Paul have an academic background to match. Felipe wrote his Masters degree thesis on sustainable distillation on Islay (conducting field interviews after Islay’s Feis Ile whisky festival), while Paul has just completed his PhD in the history of jazz drumming and the drum kit in New Orleans.

Felipe is also a leading writer about all aspects of whisky for top industry publications including the websites distiller.com and scotchwhisky.com, and also writes about whisky for Forbes.com.

DISCLAIMER: We’ll turn away anyone (with no refund) who shows up drunk or not in a fit state to appreciate the music and whisky. You’ve been warned.

*The official replica of it, anyways. The original burned down.

*The boat isn’t actually seaworthy, or even in the water. It’s an amazing venue though.