The Pirates of Penzance – London Theatre 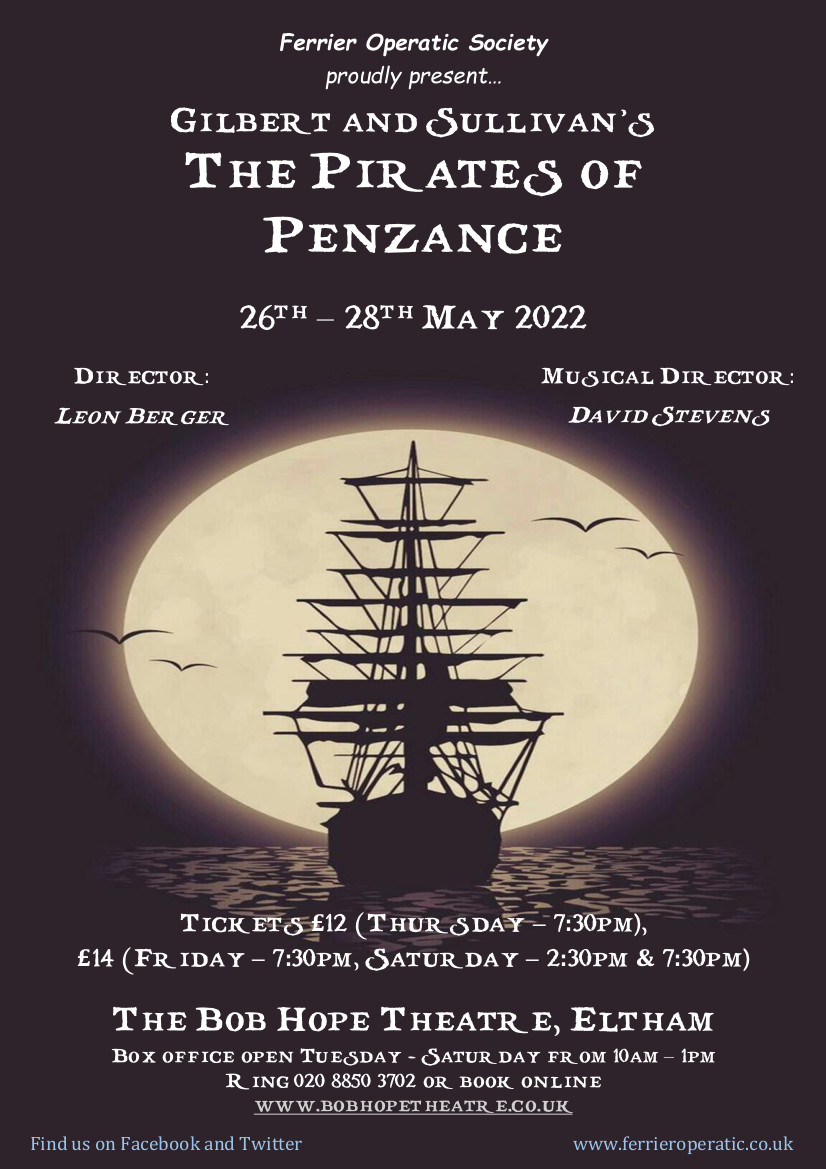 So you think you know your G&S?

The Pirates of Penzance that we know and love dates from 3rd April 1880 and is the third version that Gilbert & Sullivan wrote. The two previous versions were given three months earlier in New York and Paignton. Words and music survive from all three versions, so we have combined them as a sort of Pirates Megamix. All your favourite songs and gags will be here – and more.

Act 1
The opera features the Victorian virtues of patriotism and a sense of duty. Frederic has been apprenticed to the Pirates of Penzance since he was three years old due to an error on his nursemaid, Ruth. Today Frederic is 21 and is out of his indentures. To the pirates’ consternation, he announces his intention to return to the real world, where his sense of duty will compel him to devote his energies to their extermination. He agrees to take Ruth, the only woman he has seen for 18 years and agrees to marry her. At that moment, Major-General Stanley’s beautiful daughters appear and Frederic is overwhelmed. He denounces Ruth and begs the girls’ pity, but only Mabel offers him her love. The pirates seize the girls and declare their intention to marry them. The Major-General can save the situation only by claiming (falsely) an orphan. The pirates, all orphans themselves, give way.

Act 2
Frederic is about to lead his police force to exterminate the pirates when the Pirate King and Ruth present him with a paradox. Since his birthday falls on 29th February, he is only a little boy of five’ and therefore not out of his indentures. Frederic is torn between his loathing of the pirates and his sense of duty, but he reluctantly agrees to rejoin the pirates and says farewell to Mabel. The police appear but are quickly overcome by the pirates until the Sergeant of Police demands they yield ‘in Queen Victoria’s name’. The pirates’ yield, while Ruth reveals that they are all ‘noblemen who have gone wrong’ and Major-General Stanley withdraws all his objections to the pirates marrying his daughters.

Presented to you by Ferrier Operatic Society.