The Most Magical concert. Tribute to John Williams and the famous saga 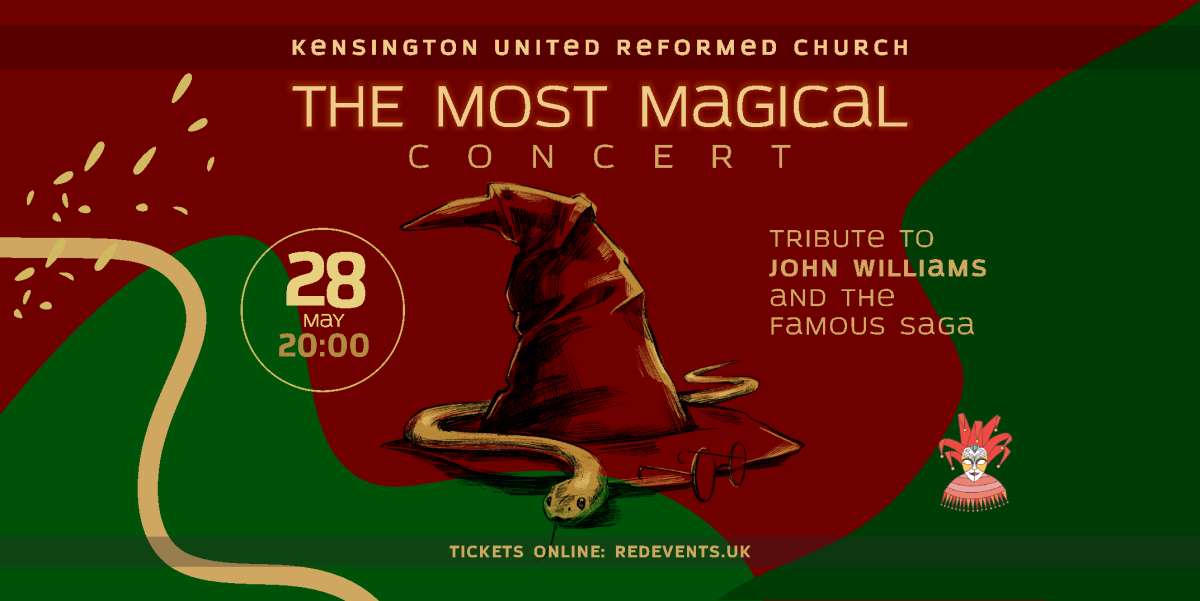 А unique concert on May 28th will take place at 8 pm in an ancient church in the heart of the Royal Borough of Kensington and Chelsea. The evening programme includes the magical music from unforgettable fantasy films of Harry Potter performed by the extraordinary Mystery ensemble in an intimate & relaxing atmosphere.

The soundtrack to the film was composed by John Williams. The composer wrote the music at his mansions in Los Angeles and Tanglewood and then recorded at Abbey Road and Air Lyndhurst studios in London in September 2001. The film features many characteristic leitmotifs, most of which were repeated in the second part of the Harry Potter and the Chamber of Secrets franchise. The main composition, “Hedwig’s Theme”, is present in all films in a modified form. The soundtrack was released on October 30, 2001, on CD media.

On December 14, 2001, the soundtrack was certified gold in Canada (50,000 units) and in January 2002 in Japan (100,000 units). In 2002, John Williams was nominated for an Academy Award for Best Music for a Film but lost to Howard Shore, who wrote the compositions for another fantasy film, The Lord of the Rings: The Fellowship of the Ring.

The album became a success, peaking at number 48 on the Billboard 200 and number two on the Top Soundtracks Chart. In the official UK charts, the album was at number 19.

*Concert programme is subject to change

This concert can be called mystical, because the members of the ensemble always perform in masks. Remaining incognito, the musicians do not distract the audience with their individuality, thereby allowing them to completely immerse themselves in her majesty’s music.