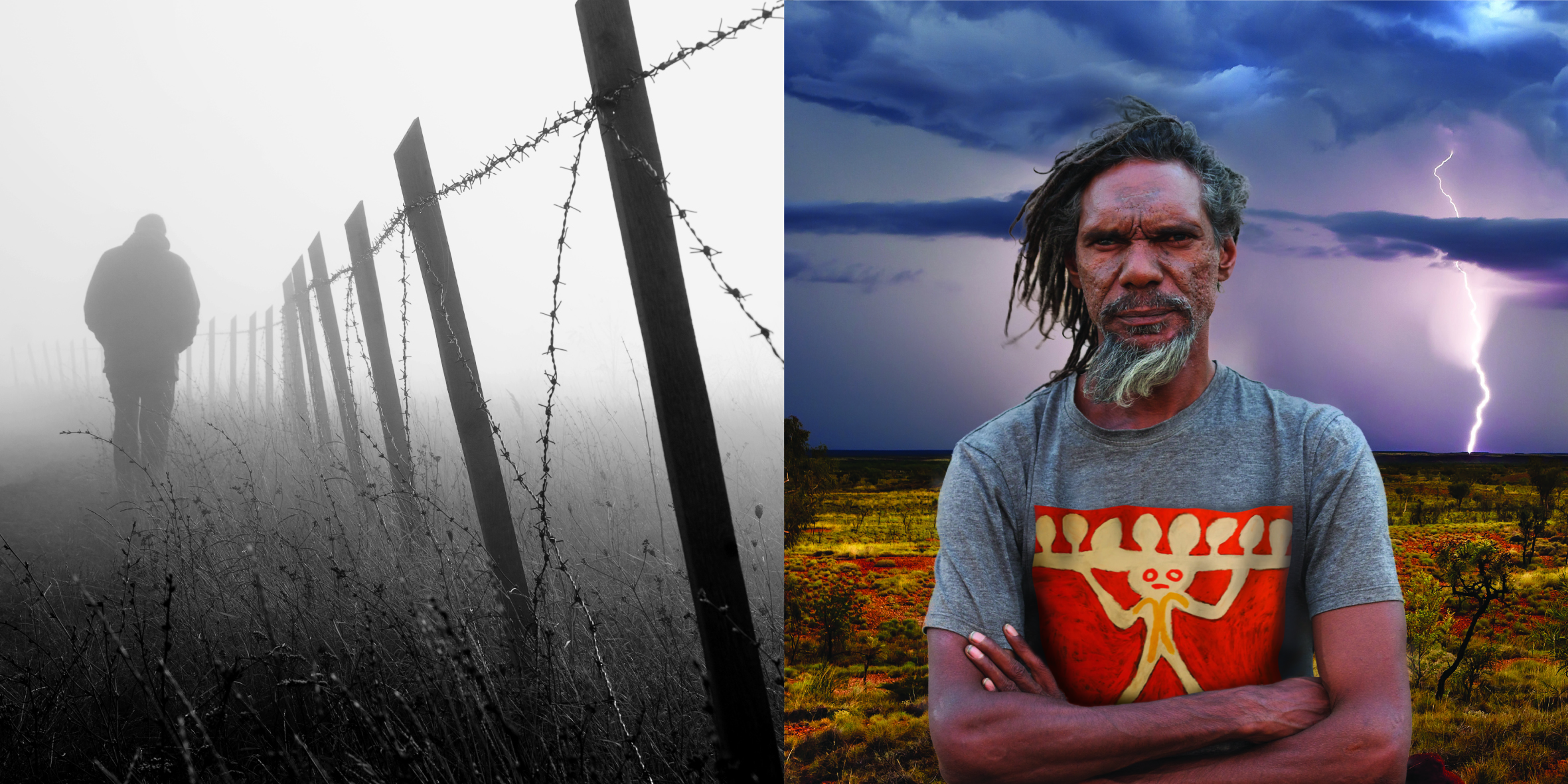 Performance storytelling by Hugh Lupton, a film by Nicole Ma

Celebrating the 90th anniversary of the Kinder Scout Mass Trespass, we take a long hard look at the sheer destructive consequences of lines drawn on maps by people in power with an epic double-bill of On Common Ground, performed by Hugh Lupton, and the film, Putuparri & the Rainmakers.

Enter a landscape of fences, watering holes, bars, prisons, madhouses, maps and dreams as we join the dots between 19th Century English enclosure and contemporary aboriginal land rights. Here the boundaries between language and place, love and lunacy, home and exile are bloodied and muddied by turn.

Ninety years ago today, over 400 people took to the Derbyshire hills in wilful protest against the lack of public access to the land. In the 1800s, genius poet, John Clare, lost his mind as the English enclosure movement barred him from the ancient pathways he had always roamed. And only now, after decades of struggle, are the aboriginal communities of Australia beginning to regain control of their stolen sacred lands.)

ON COMMON GROUND, performance storytelling by Hugh Lupton
Master wordsmith, Hugh Lupton, tells the outrageous story of the enclosure of the English countryside through the eyes of a mad genius poet, John Clare. Tormented by a romance jeopardised by class and rendered insane by being separated from the land which inspired his verse – his story speaks of a gross injustice that still effects us all, seven generations later. Provocative, political and seditious – enter a landscape of exploitation.

‘NOURISHMENT FOR THOSE WHO THINK FOR THEMSELVES’ Verity Sharpe, Late Junction

PUTUPARRI & THE RAINMAKERS, a film directed by Nicole Ma
Putuparri and the Rainmakers documents the sacred relationship between people and place. It takes audiences on a rare and emotional journey to meet the traditional rainmakers of Australia’s Great Sandy Desert who have fought an epic legal battle to reclaim their traditional lands. The film spans ten transformative years in the life of Tom’ Putuparri’ Lawford – a man caught between two worlds – the deeply spiritual universe of his people’s traditional culture and life in a modern society full of struggles with alcoholism and violence.

This is an emotional, visually breathtaking story of love, hope and the survival of Aboriginal law and culture against all odds.