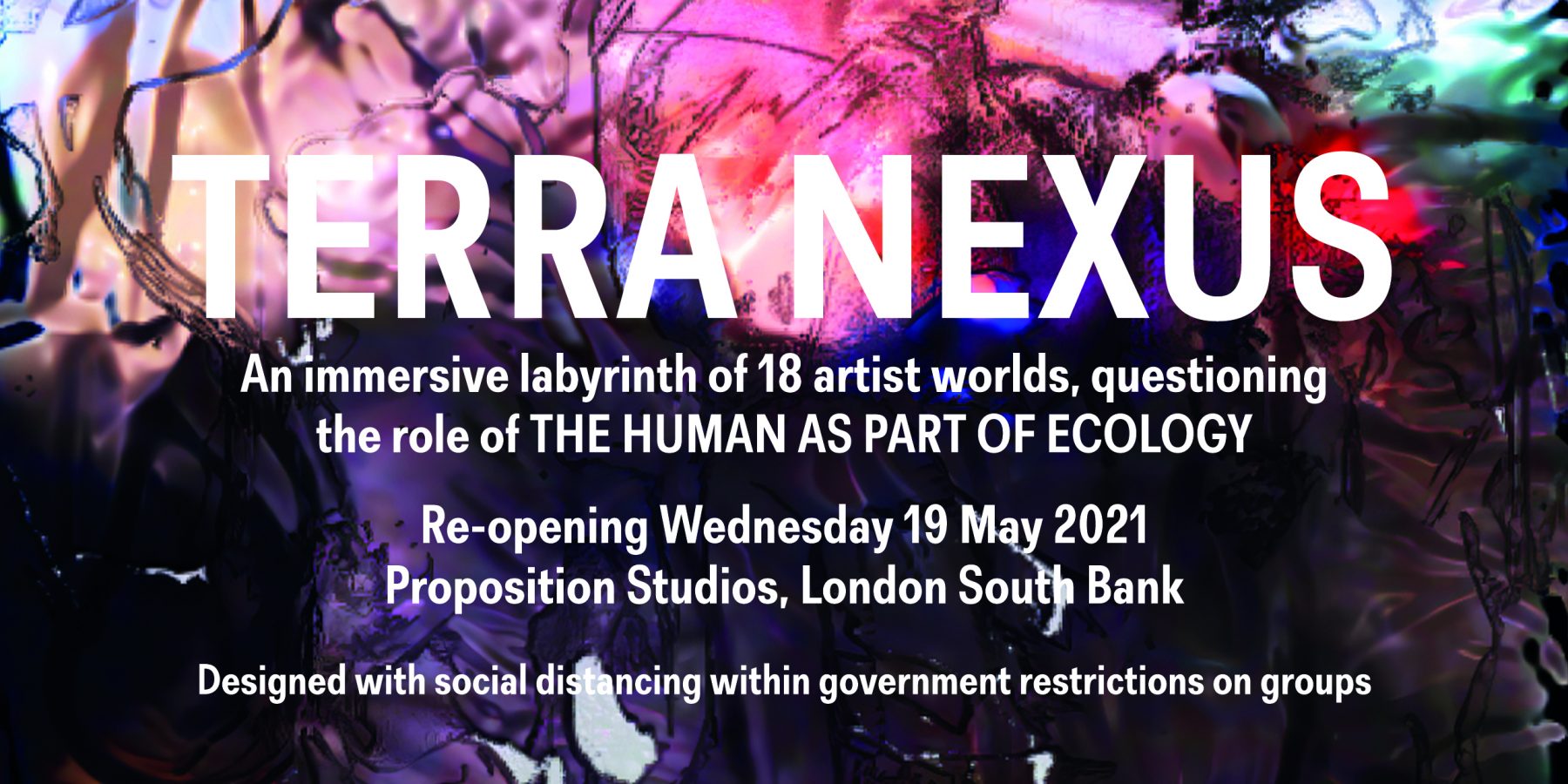 Terra Nexus is an immersive experience featuring 25 artists produced by Proposition Studios. First opening at our former site in Peckham in October 2020, the exhibition has now been reconstructed, expanded and developed with 3 new installations and a new navigation around a multi-sensory labyrinthine of interconnected artist worlds. Sitting in the heart of 150 artist studios overlooking the Thames, Terra Nexus presents interwoven immersive environments which reflect on the human relationship with the biosphere set against the backdrop of an ancient metropolis that is reawakening into a new post lockdown reality.

Springing from the foundational idea that we need to shift away from a narrative of human dominion and independence in order to protect the biosphere, Terra Nexus installations explore the necessity of living soil; the perpetual migration of species; the cascading threat of impending extinctions; ways to reconnect with nature; conflict arising from depleted resources; the future of cities and how humans will live within them. From the perspectives of insects and animals, through the eyes of scientists, artificial intelligence, plant life, ancient cultures and conflicting contemporary viewpoints; Terra Nexus is a wormhole of ideas.

Warping sensory experiences, excavating, weaving between co-existing timelines and suggesting alternative histories; this is the first of a series of immersive projects by Proposition Studios asking the viewer to raise their own questions about THE HUMAN AS PART OF ECOLOGY and what that means today and for future generations.

In preparation for this project, the exhibiting artists took part in an intensive research residency, visiting sites where human intervention has dramatically increased biodiversity while providing for human needs. Inspired by these projects of experts working to regenerate the biosphere and address global food problems; installations directly reference cutting edge science, biodiverse agriculture and environmental activism.