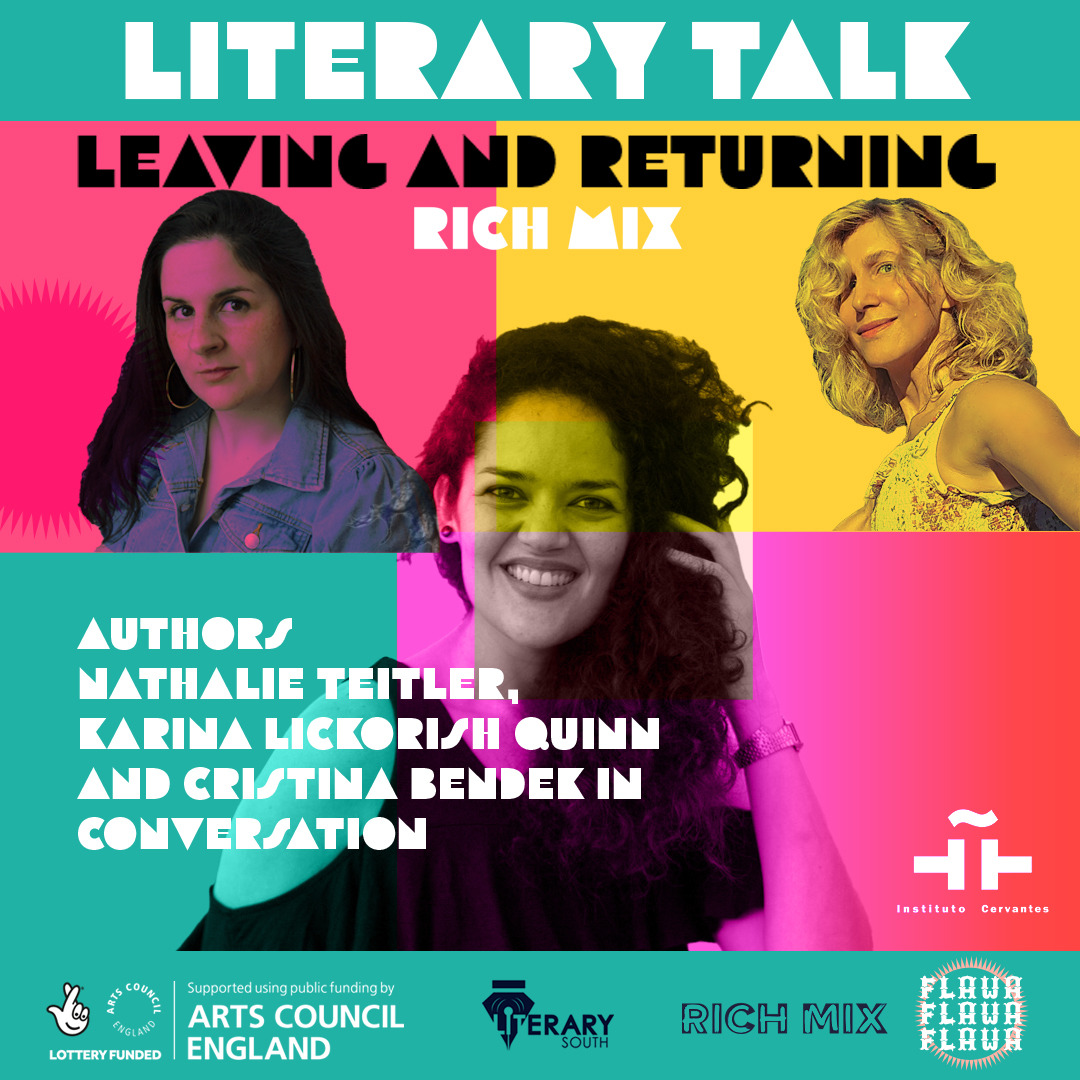 We at FLAWA Festival are delighted to put together this unique conversation between two debut novelists and a literary activist who has been promoting diversity in the UK for over 20 years and is now working on her first novel. Join Nathalie Teitler, Cristina Bendek and Karina Lickorish Quinn talking to Silvia Rothlisberger about their fiction writing on leaving and returning.

This talk will be moderated by Silvia Rothlisberger.

Cristina Bendek is a Caribbean author, born on the island of San Andrés (Colombia) in October 1987. In 2018 her first novel, Salt Crystals, won the Elisa Mújica National Novel Prize (Colombia). The novel has been translated into Portuguese (Moinhos, 2021), and Danish (Aurora Boreal, 2020), and now appears in English translation for the first time with Charco Press, which will also launch the novel in Spanish for the North American readership. Some of her work has also been translated into German. Cristina is also a journalist but spends her time researching Caribbean literature and writing fiction. She lives in Berlin.

Dr Nathalie Teitler was born in Buenos Aires and did a PhD in Argentine poets. She has worked promoting inclusivity in British arts, especially literature for 25 years.  She is the Director of the Complete Works- an initiative that had a significant impact on the landscape of British poetry. She is also the founding Director, along with poet Leo Boix, of Nuevo Sol, an organisation developing British Latinx writers and building links with Latinx & Latin American writers around the world. She is working on her first novel, exploring gender, colonialism & race that is set in the tango scene of Buenos Aires in 1900.

Karina Lickorish Quinn is a Peruvian-British writer and a lecturer at the University of Leeds. Her short prose has been published widely including in Wasafiri, The Offing, Palabritas, and the Journal of Latina Critical Feminism. She was featured in Un Nuevo Sol, the first major anthology of British-Latinx writers. Her debut novel The Dust Never Settles (Oneworld, 2021) examines the legacy of colonialism in Peru. It will be published in Spanish as El Polvo Nunca se Asienta by Editorial Arde in May 2022. Karina is working on her second novel and a short story collection. She is represented by Seren Adams at United Agents.