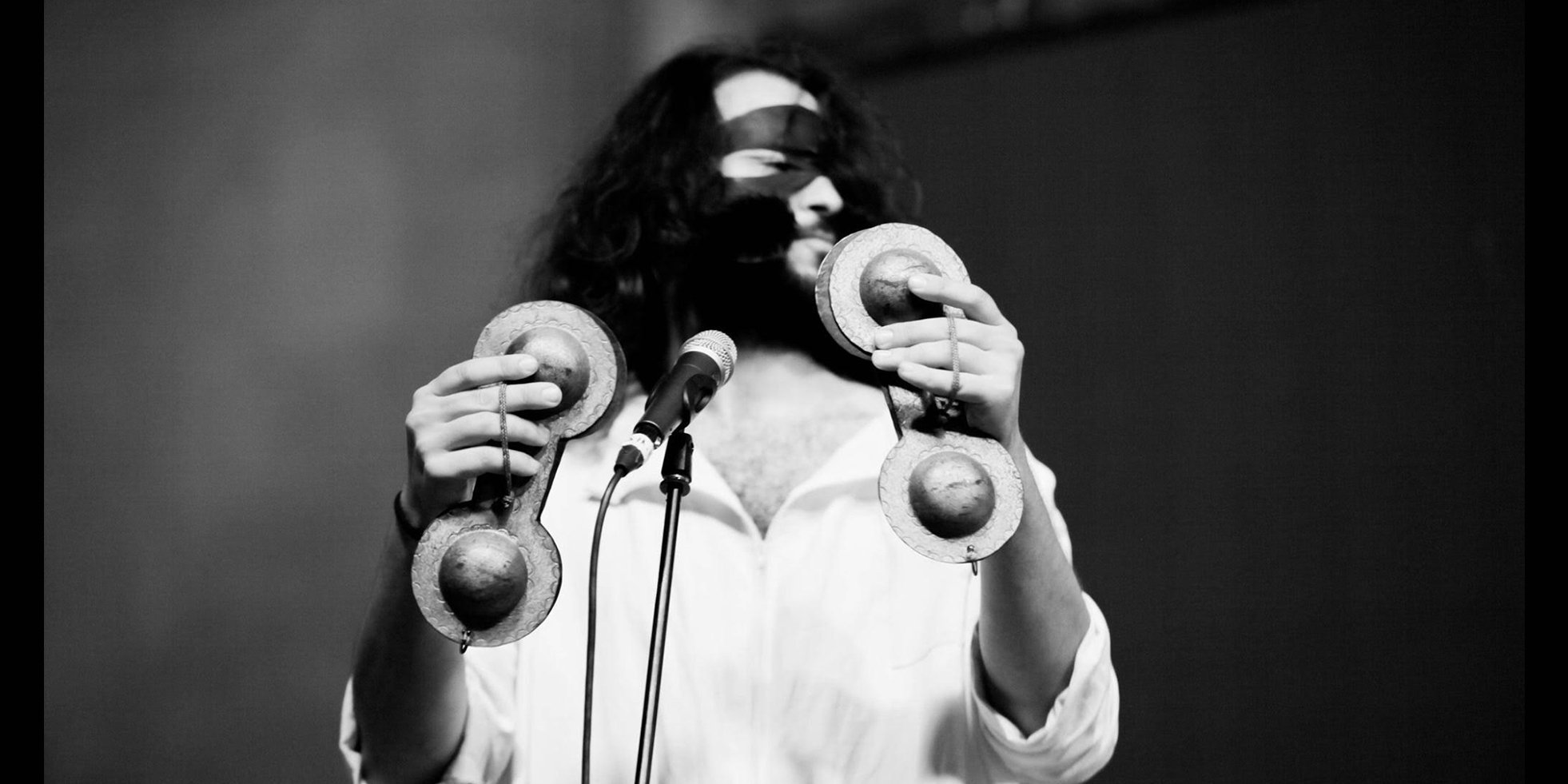 Now in it’s 2nd edition, Stances- مواقف: North African Multimedia & Performance Festival explores and celebrates the daring visions of contemporary artists from North Africa and the diaspora. With more than a dozen events over a 3 week period, this triple-bill is an all star line up showcasing some of North Africa’s most moving acts and the closing performance of STANCES مواقف festival.

This is a ticketed event. Tickets available through Rich Mix.

SPEED CARAVAN
Fuelled by the creative fire Mehdi Haddab, Speed Caravan is the Paris-based quartet charged towards a psychedelic horizon. Taking traditional Algerian influences and the unique appeal of Raï genre, the band rips through unstoppable electronic beats, grooves and raw rock energy. Haddab, a virtuoso oud player, has turned it’s classical role on its head, instead turning the oud into unapologetic rock and roll instrument. With their first album, Kalashnik Love, Mehdi and his Speed Caravan have created a ‘contemporary music caravan’; as Songlines writes: “Haddab has fused history and technical brilliance with rage and energy, and created something quite phenomenal.”

GHOULA (A/V set)
In Tunisia, music has been a generational vehicle for popular symbols, images and myths. Despite its small size, Ghoula sees his native country as a north African crossroad where legacies came to settle. As a producer and multi-instrumentalist posing his sounds on a backdrop of captivating images, Ghoula creates genre-defying sets through both acoustics and samples. Obsessed with North African multimedia heritage, Ghoula has been digging up vinyls from flea markets and old Tunisian medinas, bringing back vestiges of forgotten music and kiKitsch visuals, all cooked on top of contemporary upbeat dance rhythms.

GNAWA LONDON
Led by Moroccan Gnawa artist and award-winning ambassador for Gnawa music Simo Lagnawi, the band pays its own unique tribute to North Africa’s most prolific musical tradition and sacred trance music. His solo debut album ‘Gnawa London’ released on Waulk records was featured in Songlines magazine as one of their ‘Top of the World Albums’ as he’s also been nominated in their ‘Best Newcomer’ and ‘Best Artist’ categories. Whether you’re a newcomer or veteran to the genre, Gnawa London is a force to be reckoned with.

This event is 16+.
Rich Mix is wheelchair accessible.

This event has been made possible by the generous support of Al Araby TV and Arts Council England.