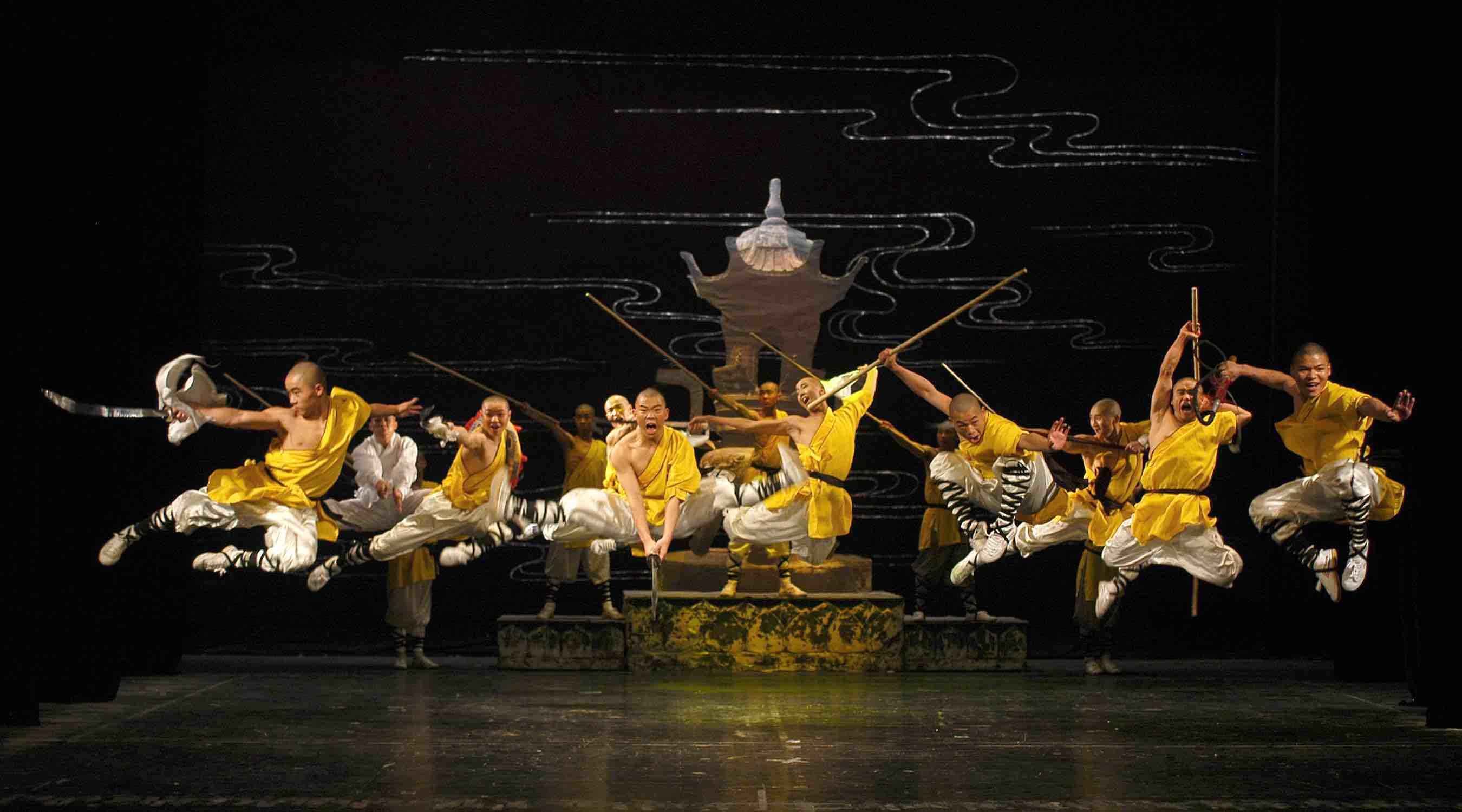 Playing in London for the first time, the internationally-acclaimed Soul of Shaolin is an action-packed theatrical experience combining a jaw-dropping mix of martial arts, acrobatics, rousing music and stunning theatrical design.

Originally presented at the 2008 Summer Olympics, and the first production from the People’s Republic of China ever to appear on Broadway, Soul of Shaolin has earned nominations at the 63rd Tony Awards for ‘Best Special Theatrical Event’ and the 54th Drama Desk Award for ‘Unique Theatrical Experience’.

Centered around a touching and universal story of loss and redemption, audiences will delight in a high-octane, vivid and extraordinary demonstration of Shaolin Kung Fu, handed down through generations in the legendary Shaolin Monastery, a Chán Buddhist temple at Song Shan near Dengfeng in China.Caught up in war and turmoil, the story follows a young boy, Hui Guang, separated from his beloved mother and cast adrift in a frightening world. Rescued by monks of the Shaolin Monastery, he trains in the ancient art of Kung Fu. As fate intervenes and his mother returns, will Hui Guang be able to triumph over the barriers holding them apart?

Following more than 500 performances worldwide in countries including the US, Australia, Italy, Norway, India, Korea, Turkey, Macau, Hong Kong, Malaysia and Indonesia, Soul of Shaolin will celebrate its UK debut when it launches for 18 exclusive performances this September at Troubadour Wembley Park Theatre.