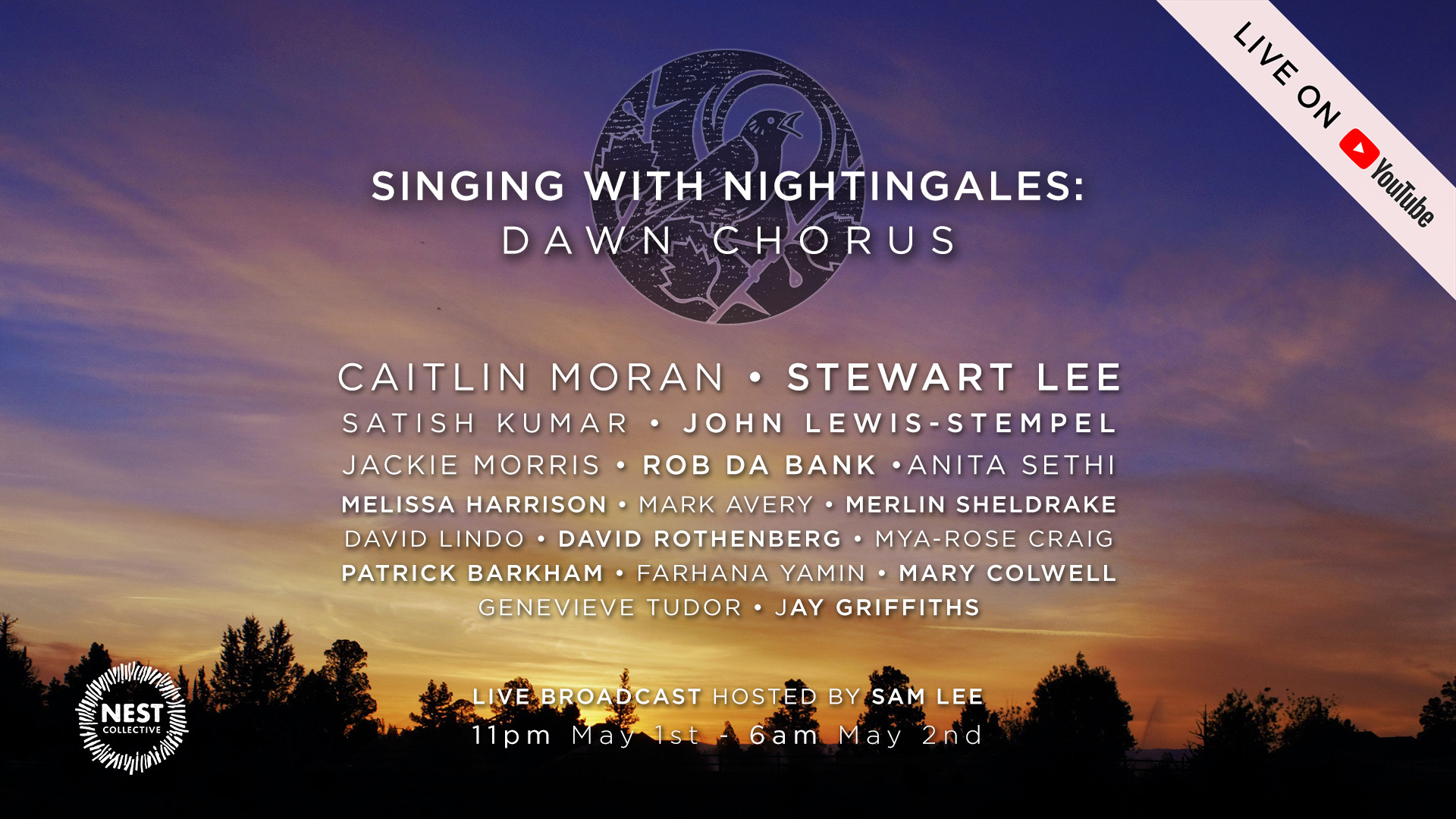 Join The Nest Collective online from 11pm on 1st May for a spoken-word journey, hosted by Sam Lee, through some of the finest poems and writings celebrating the nightingale, the wonder of birds and the natural world.

This long-form broadcast will then drift into pure nightingale song through the night and, as the birds rise, will culminate in the dawn chorus itself, finishing at 6am on Sunday 2nd May.

This live broadcast will be available for free on Youtube.

We are delighted to announce the contributors for this broadcast include:

International Dawn Chorus Day is the worldwide celebration of nature’s greatest symphony. All across the world people rise early to enjoy the sound of birdsong, ‘from rattling wrens in Rotherham to crooning cowbirds in the Caribbean’.

Each year, for a short period mid-April, a few thousand nightingales fly to southern UK from Africa. They can be heard in just a small number of special locations, taking up songful residence after dusk. The territorial males serenade loyally each night for no more than six weeks among the blackthorn and forest margins, giving unbelievable privilege to those who know where to go.

In this modern age, with biodiversity in decline and habitats being eroded, the nightingale has become representative of all that we have to lose. It is a small, brown, unremarkable-looking bird, but it possesses one of nature’s finest singing voices. The bird winters in Africa but spends April to July mating and nesting in Europe and the Middle East. The numbers visiting England have declined so sharply that it is now on the UK’s Red List of species at the greatest conservation risk.