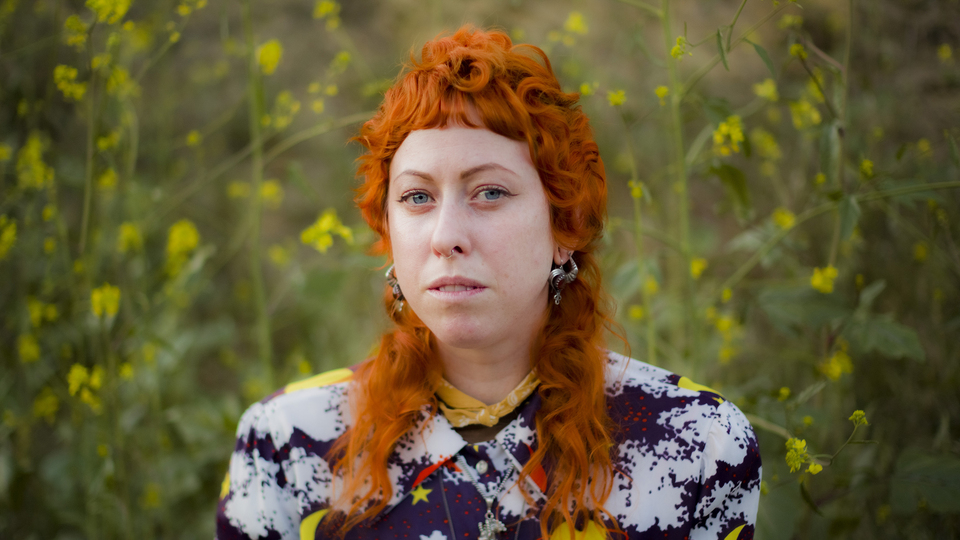 SHANNON LAY is a L.A. singer-songwriter whose work is of a plainspoken mysticism that goes to the small, bright truth of things, showcasing her unusual songwriting and quietly commanding voice. Shannon has been dominating the local scene in Los Angeles over the past few years, leaving everyone who witnesses completely breathless.

Shannon’s new album, ‘Geist’, is tender intensity, placeless and ethereal. It exists in the chasms of the present – a world populated by shadow selves, spiritual awakenings, déjà vu, and past lives. “Something sleeps inside us,” Lay insists on the opening track, and that’s the guiding philosophy throughout. A winding, golden, delicate thread of intuition that explores the unknown, the possibility.

As a whole, ‘Geist’ is both esoteric and accessible. There’s the concise, pared-back cover of Syd Barrett’s tilt-a-whirl-esque ‘Late Night’, while ‘Rare to Wake’, inspired by Dune, is existential and meditative, a circular guitar riff looping at the core of it.  ‘Awaken and Allow’, is ancient-feeling and mainly a cappella, its melody channels her deep Irish roots, a moment of reflection, before a drop happens – its intensity mirroring the anticipation and anxiety that come with taking the first step to accepting change. ‘Geist’ is released on October 8th through Sub Pop.  https://shannonlay.bandcamp.com/

NAIMA BOCK co-founded Goat Girl with friends at age 15, and after releasing their debut album on Rough Trade Records she left the band to explore other musical avenues. Her music now combines folk influenced songwriting with jazzy instrumentation, partially inspired by Naima’s childhood growing up in Brazil.