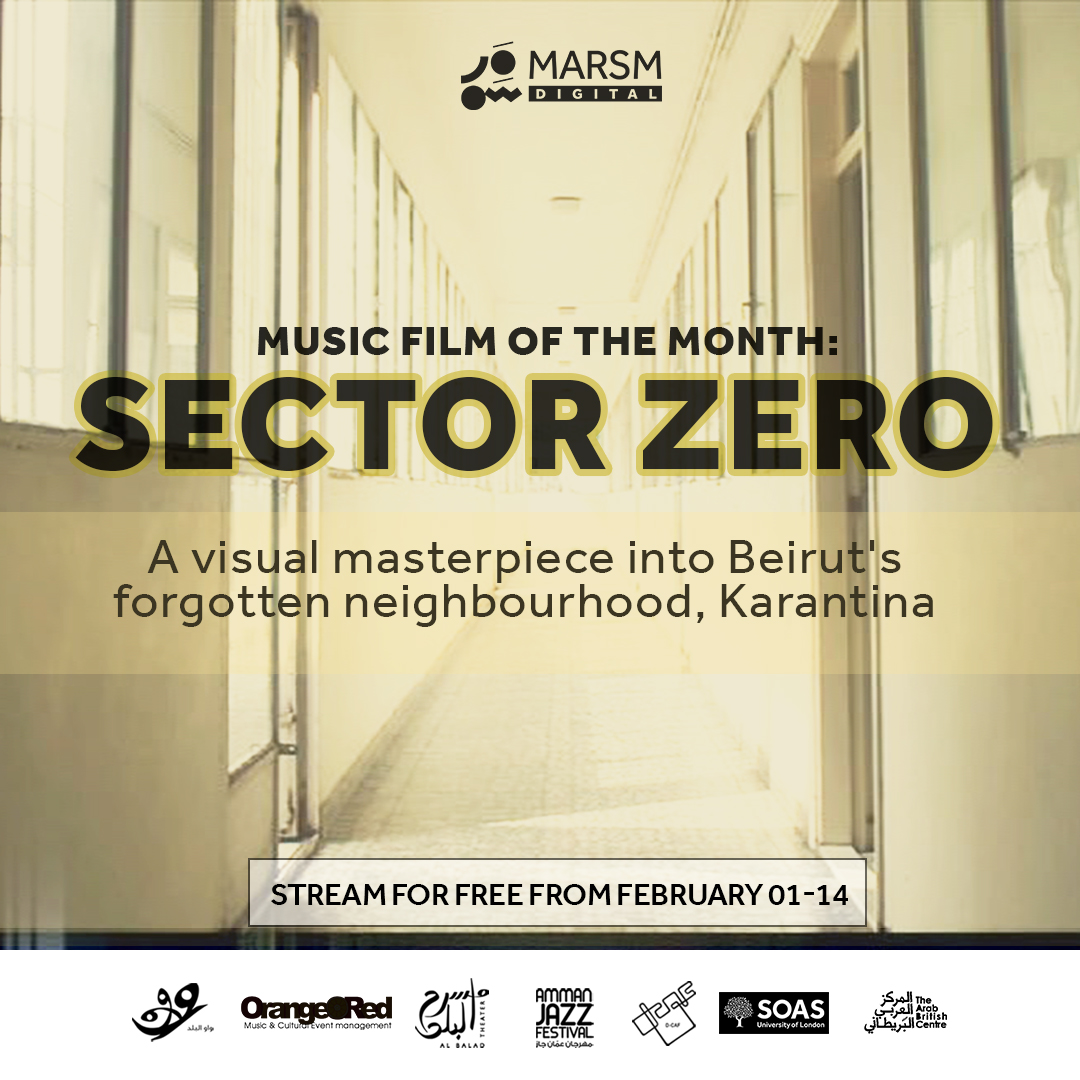 ‘Sector Zero’ is a unique journey into the bittersweet history of Beirut’s derelict neighbourhood of Karantina. Lying to the East of Beirut’s port, the area harbours a complex and fascinating story in both its buildings and ruins. The award-winning film analyses the persistence of this jarring urban void in modern-day Lebanon, and how its dark history mirrors the country’s erratic progression in search of its national identity.

The controversial history of Karantina unfolds as a rich visual tapestry. Originally an Ottoman quarantine station for maritime travellers, Karantina became a dense home for Palestinian, Kurdish and South Lebanese refugees in the 50s and 60s; by the 1970s there were almost 30,000 inhabitants. The area’s ruins, separated by a kilometer-long wall, would later house one of Beirut’s most spectacular and legendary night clubs: B018. Designed by architect Bernard Khoury, the club discusses the role that culture and space play in the shaping of a communal memory (and at times, amnesia).

Harrowing images are interlaced with conversations exploring cultural identity, political discord, and Lebanon’s continuous regression. Through discussions with three leading Lebanese personalities, Clinical Psychologist Dr. Chouki Azouri, writer Hazem Saghiyeh, and Architect Bernard Khoury, ‘Sector Zero’ scrutinizes the neglected traumas of Lebanon’s past, its unstable present, and the difficulties it faces in building a satisfactory future.
Accompanying the rich imagery of the film is the brilliant sound design and music, composed and assembled by director and sound designer Nadim Mishlawi, that sets this film’s acoustic background with intricate, raw and industrial sounds.