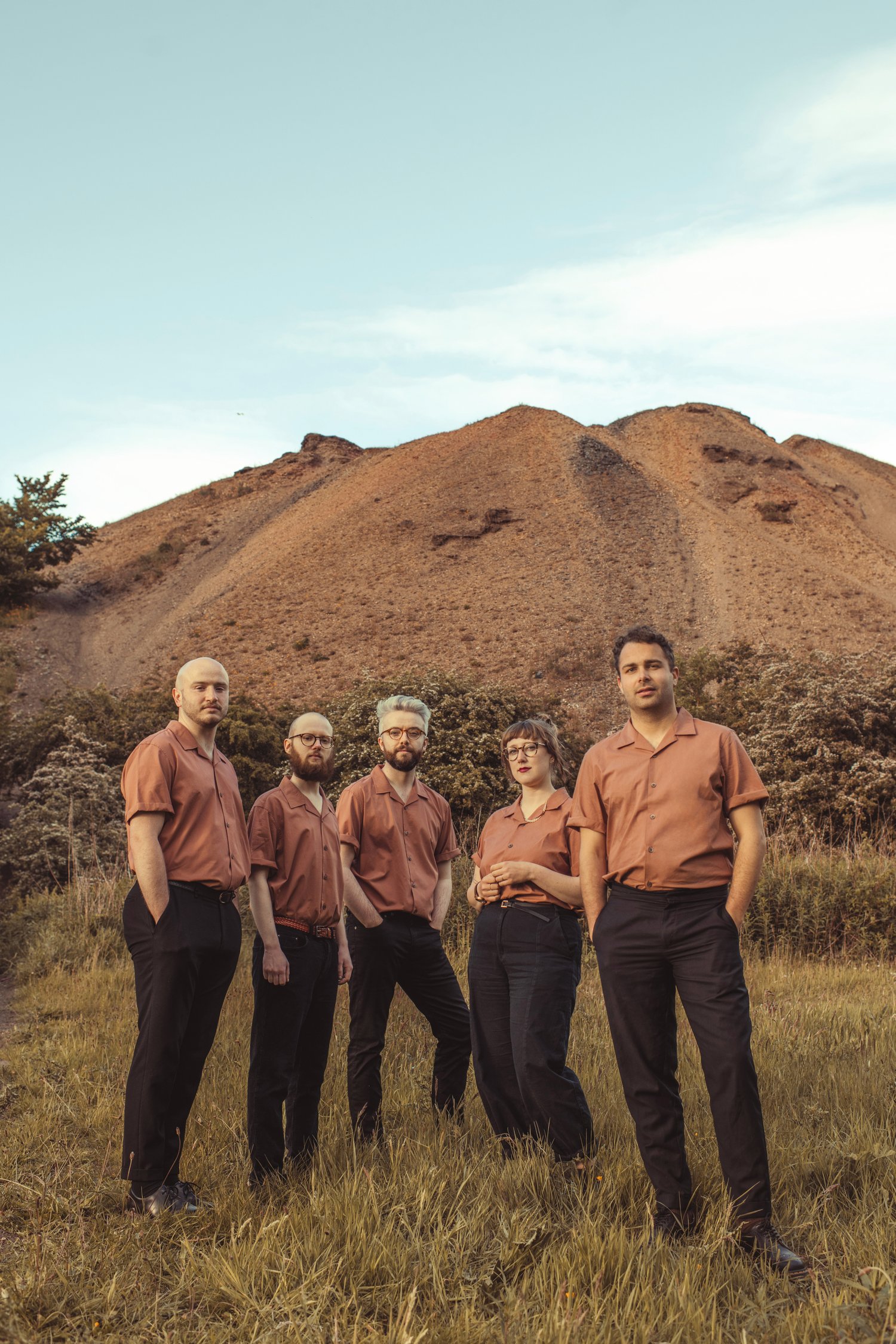 SAVAGE MANSION is a vehicle for the songs of Perth-raised singer and guitarist Craig Angus, elsewhere featuring a revolving cast of musicians including Andrew Macpherson and Jamie Dubber (Catholic Action), Lewis Orr (Martha Ffion, Space Rocket Garage Band) and Beth Chalmers (Martha Ffion, Molly Linen). Quickly drawing attention for a high-energy live show and Craig’s melodic and eloquent guitar rock slices, the band was invited to open for Frightened Rabbit at Glasgow’s Barrowland Ballroom. They drew the attention of Johnny Lynch (Pictish Trail), who offered to release the ‘Do You Say Hello To Your Neighbours?’ single on Lost Map. This February, Savage Mansion release their new album ‘Golden Mountain, Here I Come’, solidifying their reputation as one of the UK’s most prolific emerging guitar bands and as a hardworking collective drawing from a diverse palette of musical, literary influences. Re-emerging as a five-piece, they’re back with a hook-laden, poignant, and cryptic record. It’s indie rock that’s an instant feast for the senses and a rich tapestry of sounds and words to pore over and savour.
https://savagemansion.bandcamp.com/

ROMEO TAYLOR is a cross-platform entertainer and all-around good guy, a cherished personality on the DIY Glasgow music scene, and a hilarious presence on Twitch, YouTube & the Twitter-sphere. Romeo is the natural meeting point between Orchestral Manoeuvres in the Dark, Gary Rhodes and World Wrestling Entertainment’s beloved ‘Attitude Era’, making a mockery of the idea that everything’s been done before in music, and we’re just repeating ourselves. The Coatbridge native is making quite a name for himself with a spectacular live show demonstrating his accomplished songcraft and comedic sensibilities. Look out for his music on Lost Map and Acid Waxa!