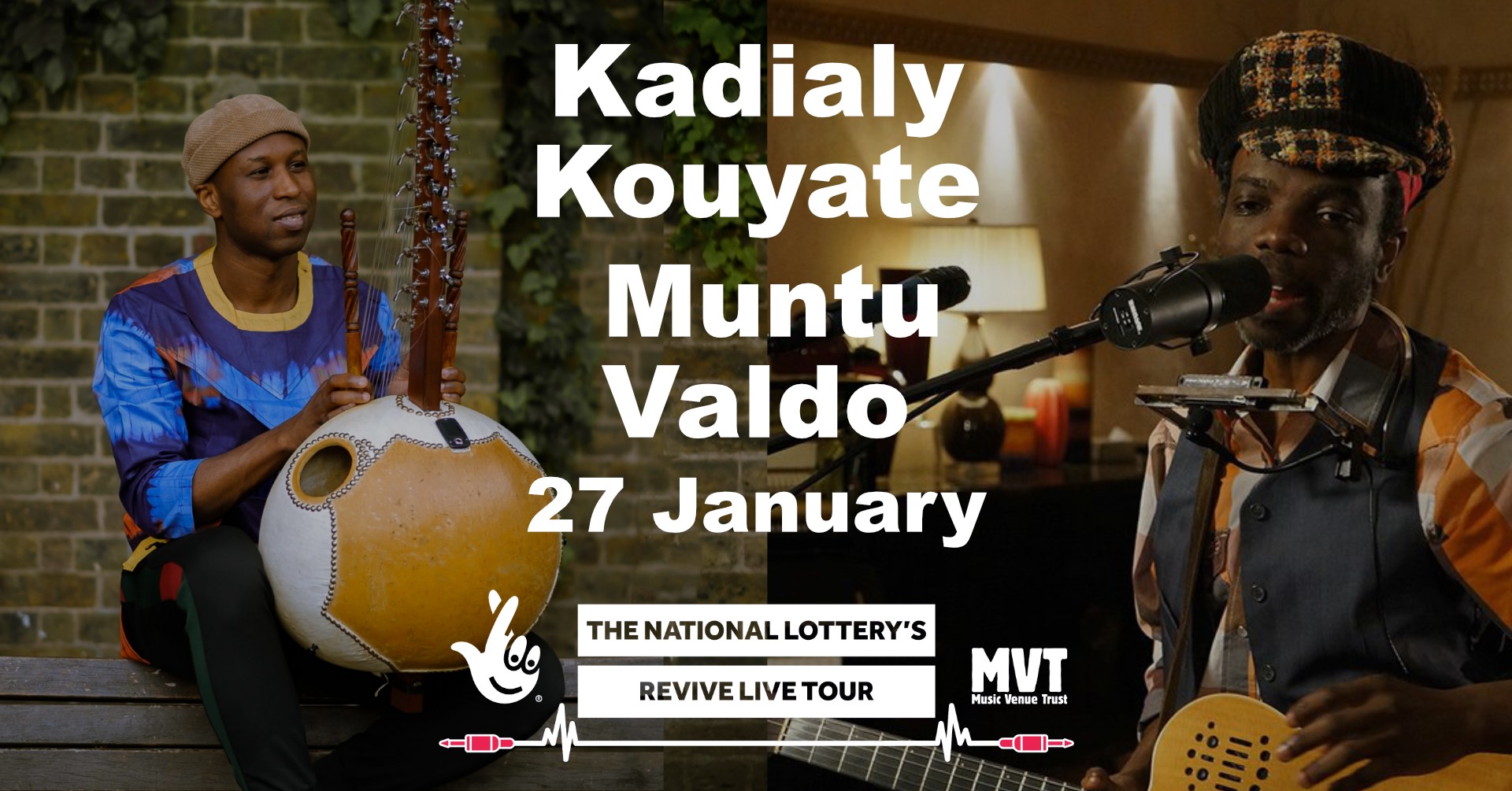 Revive Live and Music Halls are proud to present Kadialy Kouyate, and Muntu Valdo live at The Sanctuary, Greenleaf Road Baptist Church.
Kadialy Kouyate draws on his heritage and traditional songs to create his own mesmerising compositions, leading his fantastic band into the West African groove. Kadialy Kouyate’s kora playing and singing style, both as a soloist and in different ensembles, have been appreciated in many prestigious venues, including the Royal Festival Hall, the 02 Arena, the National Theatre, the Royal Albert Hall and Clarence House. Kadialy has also played venues and festivals worldwide, touring Europe, Australia and North America.
Sawa blues is the term Muntu Valdo himself has coined for his own music. Many songs’ roots have a rhythmic and melodic sensibility that flows from the rich wellspring of timeless Cameroonian folk music. Still, this base is enriched by a wide range of idioms part of the African Diaspora, from Brazilian samba to American soul and jazz.