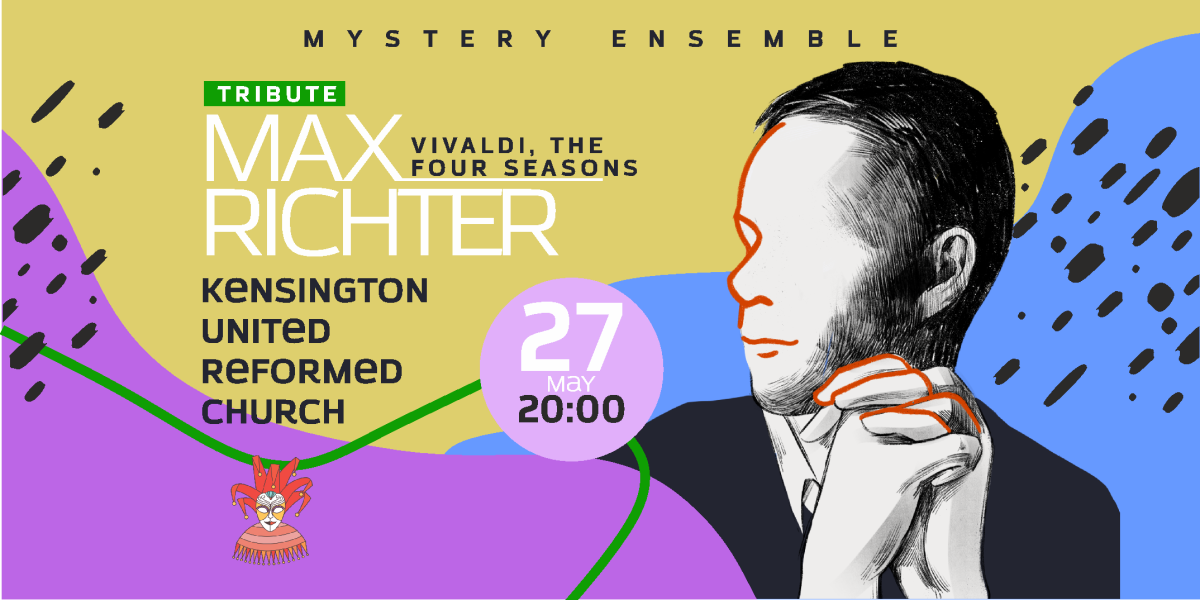 А unique concert on May 27th will take place at 8 pm in an ancient church in the heart of the Royal Borough of Kensington and Chelsea. The programme of the evening includes the famous Antonio Vivaldi cycle “The Four Seasons” in the author’s interpretation of the cult contemporary composer Max Richter performed by the extraordinary Mystery ensemble in an intimate & relaxing atmosphere.

*Important! Max Richter is not taking part in the concert.

Max Richter is the composer of music for dozens of feature films and documentaries voted the best film composer in 2008 according to the European Film Academy.
He changed the music of Antonio Vivaldi in the spirit of minimalism and postmodernism. Recomposed by Max Richter: Vivaldi, The Four Seasons is one of Richter’s most famous works. After its release in 2012, the recording topped the iTunes Classical Music charts in over 20 countries.

Max Richter has recorded 12 solo albums, performed at the London Barbican, the Paris Philharmonic, the Sydney Opera and the Amsterdam Concertgebouw, and among his projects are the Sum opera and the Infra ballet (choreographed by Wayne MacGregor) at Covent Garden. Richter’s music is heard in many performances around the world, as well as in the films “Shutter Island” by Martin Scorsese, “Last Love on Earth” by David Mackenzie, “Waltz with Bashir”, for the soundtrack to which he received the award “Best Composer” from the European Film Academy .

The Four Seasons by Antonio Vivaldi, is one of the most famous and frequently performed works of classical music. The Italian master wittily and gracefully captured in music the way his contemporaries saw the world and nature. The Vivaldi cycle is both a philosophical reflection, and a magnificent illustrated “calendar”, and a “sightseeing tour” of the regions of Italy.

*All guests will be invited to enjoy a welcome drink before the show.

This concert can be called mystical, because the members of the ensemble always perform in masks. Remaining incognito, the musicians do not distract the audience with their individuality, thereby allowing them to completely immerse themselves in her majesty’s music.

*Concert programme is subject to change