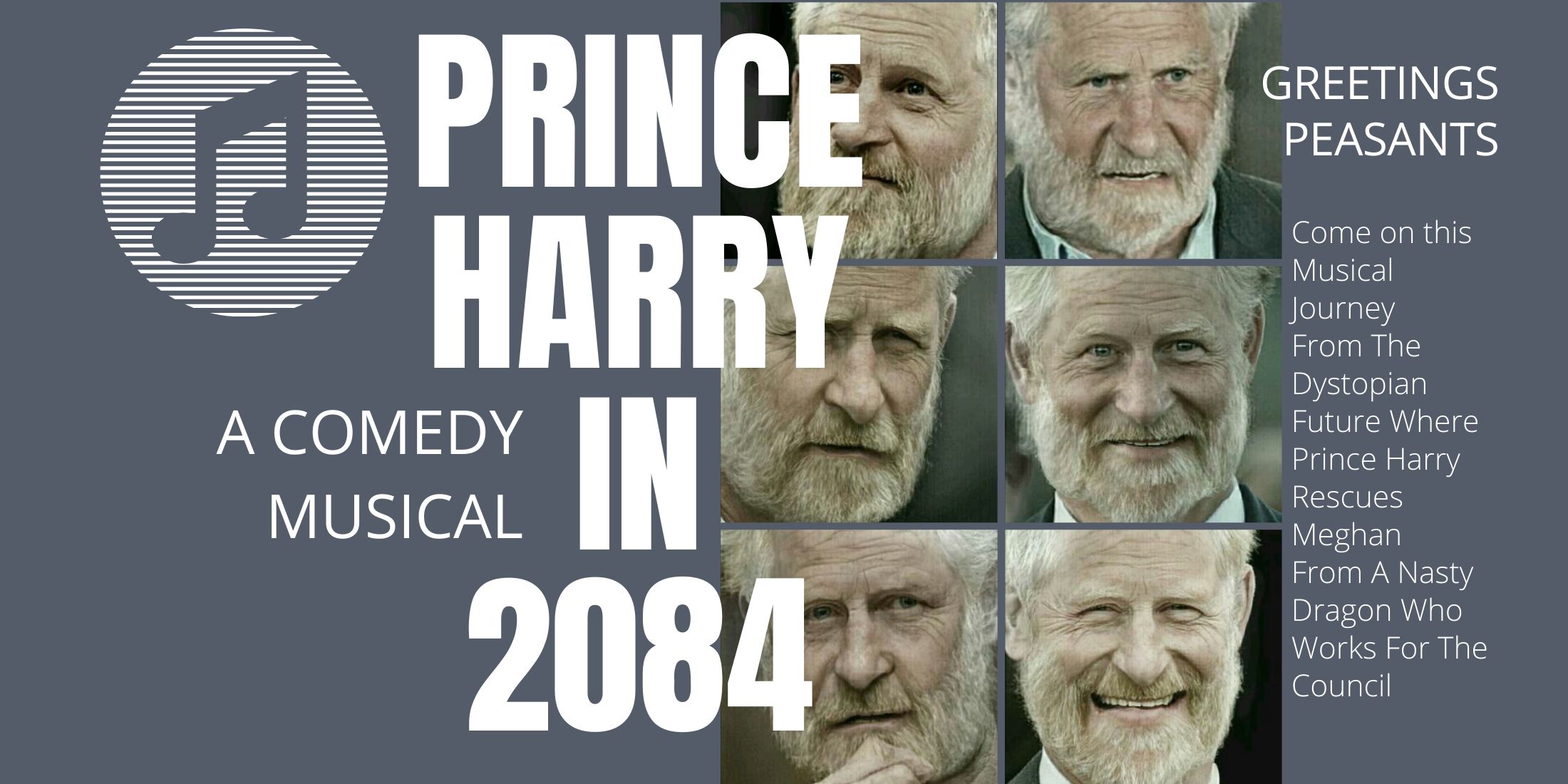 A one of a kind comedy musical set in the Year 2084 has Prince Harry embarking on a dangerous yet hilarious adventure to rescue his missus!

It’s 2084 and the world’s gone down the tubes. It’s been two years since 2082 when Brexit was finally implemented and now Britain is an overpriced dump with warm beer, terrible food, depressing weather and surly customer service. In other words, massive changes have happened. Prince Harry is the leader of a rebel faction of redheaded outcasts who’ve been ostracised from the planet’s dystopian society because of their lack of melanin.

The love of his life, Meghan Markle the Duchess of Sussex, has been kidnapped and is being held in conditions that are almost working class in their deprivation. Harry leads a small of group of “suicide ninjer gingers” willing to risk direct sunlight and quite warmish summer weather, verging on the muggy, to get her back.