Oh, The Guilt and Guests 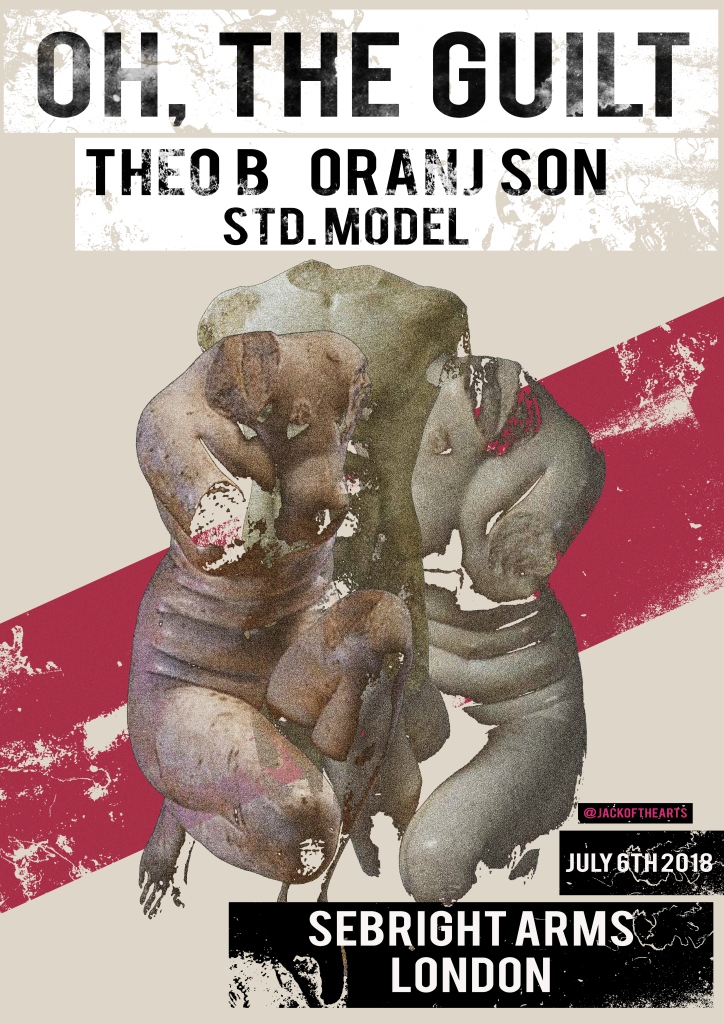 Oh, The Guilt
A three-piece post-punk band from Bristol.
http://ohtheguilt.bandcamp.com/

Oranj Son
A synth punk duo hailing from Liverpool, made up of brothers Kieran and Matthew Linford. Originally formed in 2015, they released their debut single Psycho Disco Face on The Label Recordings. Recently, they’ve released the 5 track EP [it might] Never Happen.
https://www.facebook.com/OranjSon/

Theo B
Producer/solo artist Theodore Braithewaite is joined on stage by his band: Benn Pedders, Ben Clancy and Dan Gervaus. Percussion-heavy and at once dream-like visceral, the band’s reimagining of Theo B’s tracks is hard-hitting and intense.