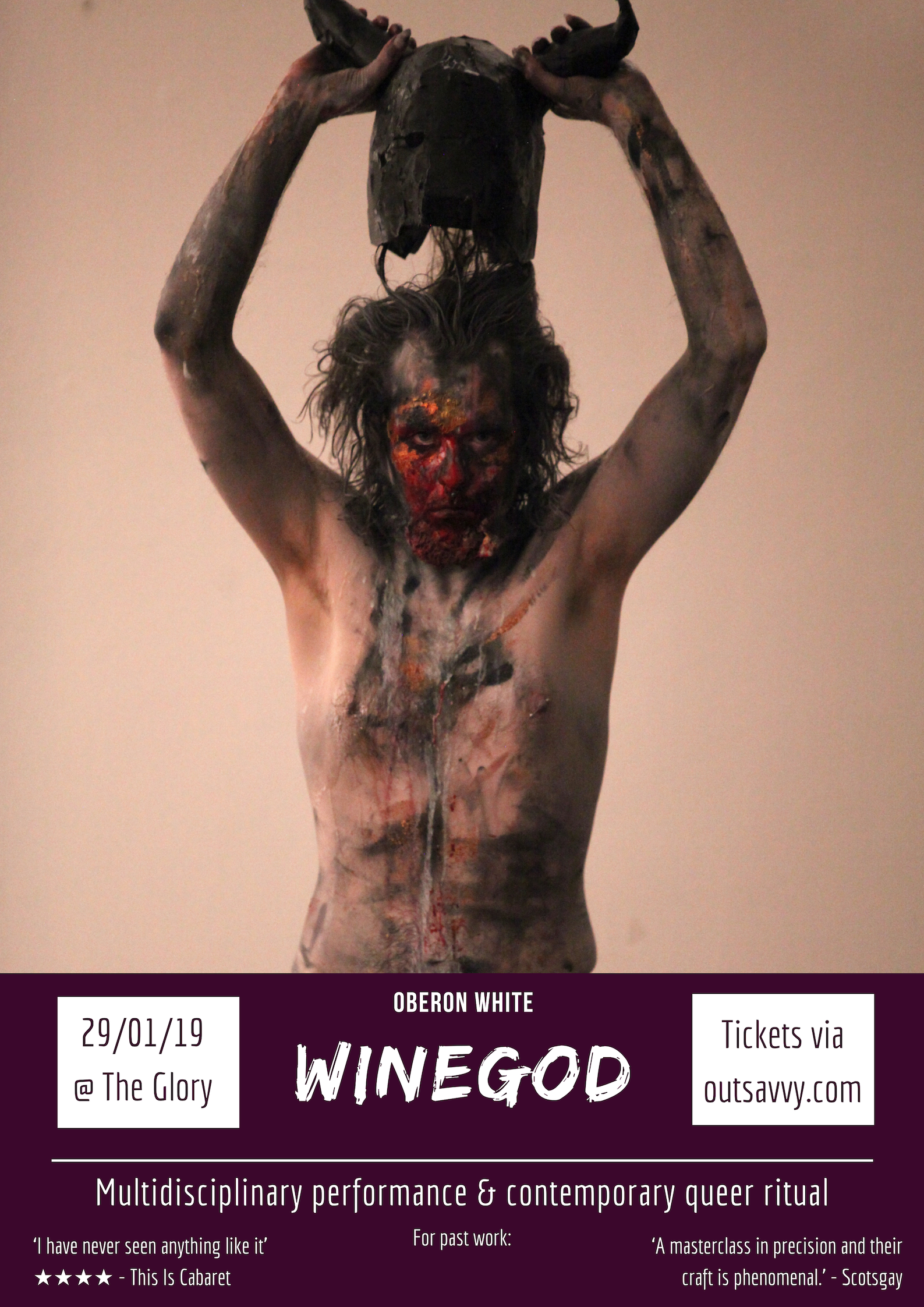 …The deification of what cannot be said,
The familial wound,
The hole in the head,
The tunnel, in the hollow, in the hole, in the gap,
The following back to tangled spools of thread…

Queer performance artist Oberon White presents a contemporary ritual to the ancient world’s suppressed queer deity. The Roarer, The Liberator, The God Who Comes, just some of the epithets of one of humanity’s most potent archetypes, Dionysos. Dionysos is the ultimate liminal god, transcending borders between nations, genders, even life and death.

Through a language of experimental electronic music, virtuosic vocals and original text, audiences are invited to share in a communal experience. winegod sheds light on the ancientness of queer identity and explores our unity as living fleshy beings on an increasingly fragile globe. winegod is an invitation to engage with ecstasy, epiphany and liberation.

Bull, you jumped into milk.
Ram, you fell into milk.
You have wine as your blessed honour
And below the earth there await you the same rituals as the other blessed ones.’
– Gold Burial Leaf, Pelinna in Thessaly, late fourth century BC

‘I have never seen anything like it’ ★★★★
– This Is Cabaret
‘A masterclass in precision and his craft is phenomenal.’
– Scotsgay
‘Interesting as Hell’
– Londoncitynights

Oberon White is a queer, Welsh performance artist, musician and cabaret performer. A feral child of different arts practices they metamorphose between the roles of shaman, drag artist, clown, as well as classical and experimental musician. They perform in venues and festivals for live art, queer cabaret, experimental theatre and music in the UK and abroad. Oberon White is a graduate of Trinity Laban Conservatoire and current Roundhouse Resident Artist.