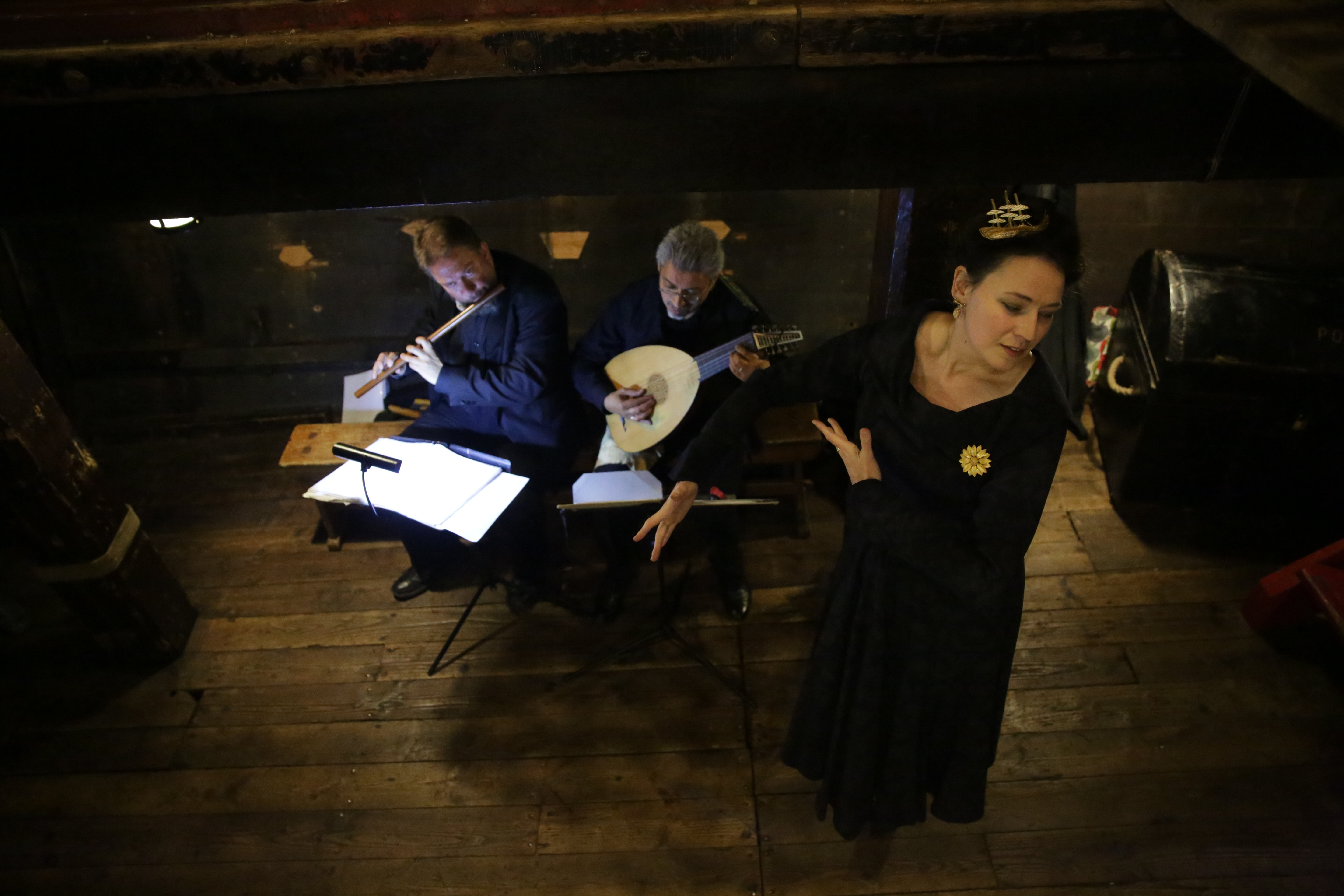 The Lovekyn Consort celebrates Christmas by exploring the rich harmonies of Renaissance Spain and its feasts, in devotional and secular songs and joyful dance music. Period instruments are used to underly the unique style of Spanish music resulting from its combination of Christian, Muslim and Jewish cultures.

The feast of Christmas was marked in Renaissance Spain by large processions and long and elaborate pieces of choral music, sometimes consisting of a single melodic line. rather than the carols and hymns of later periods.

The performance will resemble a celebration at court, with sacred songs to highlight the season as well as the more popular songs of love, rivalry and mischief common throughout the year.

The Lovekyn Consort play instruments of the type originally used for their music.

It will be cold aboard the ship during the winter, please dress warmly.