Movie of the Month #5: October Double Bill: From Beneath the Earth & The Only Trees – Free Online Film Screening [MARSM Online 2020] 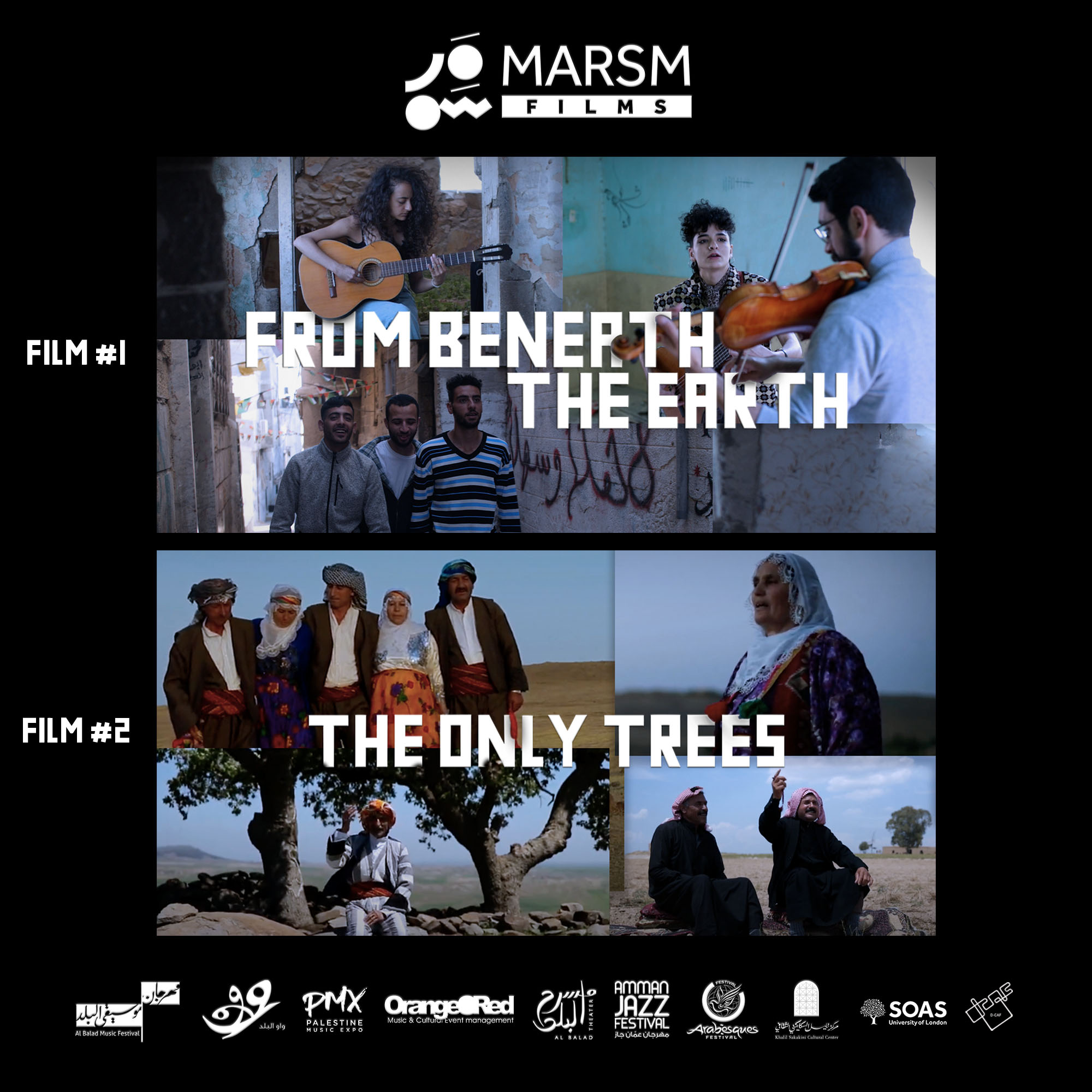 This October, we’re spoiling you with two phenomenal films from the Levant region exploring independent music from Palestine to Kurdistan.

From Beneath the Earth من تحت الأرض:

The masterwork of British born Palestinian director Sami Alalul, ‘From Beneath the Earth’ provides a unique showcase and insider’s perspective to the work and artistic lives of independent Palestinian musicians.

Featuring Maysa Daw (DAM), Saaleek, Shadi Zaqtan, Apo & the Apostles, and Rasha Nahas, the film amplifies the voices that have risen from the Palestinian underground, defying stringent conditions and exploring the intersections that exist at the heart of music created by Palestinian artists within a heavily controlled space.

A fascinating documentary exploring the “dengbej” musical heritage of the singers, poets and storytellers from Northern Syria’s Rojava region. Featuring a stunning scenery of poetic landscapes, the film is interlaced with stories of Kurdish and Assyrian songs that narrate the long history of love and suffering of this semi-autonomous region. With a polyethnic population of Kurds, Assyrians and Armenians, witness a new generation of storytellers from Komina Filma Rojava film collective, as they pay tribute to the men and women keeping the stories, dance, heritage and lives of Rojava’s people alive through their songs.