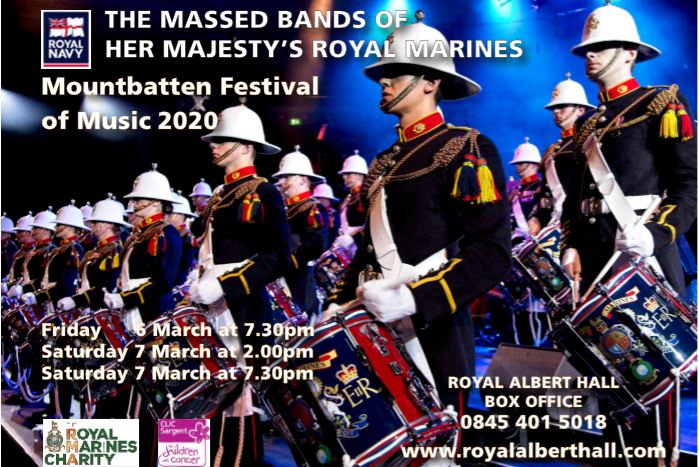 The Mountbatten Festival of Music returns, featuring the Massed Bands of Her Majesty’s Royal Marines, performing over two nights at the Royal Albert Hall including a new Saturday matinee performance.

These concerts display the outstanding versatility of some of the world’s finest military musicians and are given the “West End” treatment with spectacular lighting effects.

The Festival sees the Royal Marines showcase their incredible musicianship and pageantry and features a wide range of musical styles, including music from the big screen and superb solo items, as well as the traditional marches and overtures that have proved such a hit with audiences over the years.