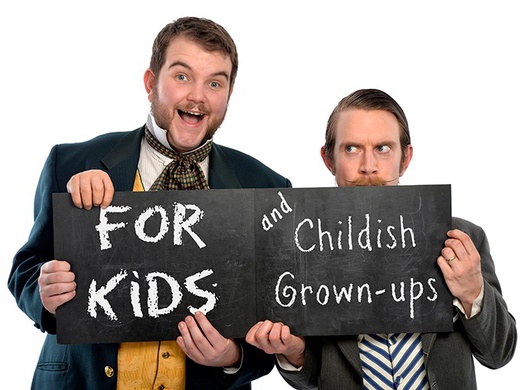 Morgan & West have fooled Penn & Teller (Fool Us ITV 1), competed to be the Next Great Magician(ITV 1), and even attempted to escape The Slammer (CBBC).

Witness a mountain of mysterious magic, a hatful of hyper-reality, and of course a truck full of tricks and tea. Mixing brain boggling illusion and good old fashioned tom-foolery, Morgan & West present a show for all the family, where magic and silliness abound! Fun for ages five to 105!