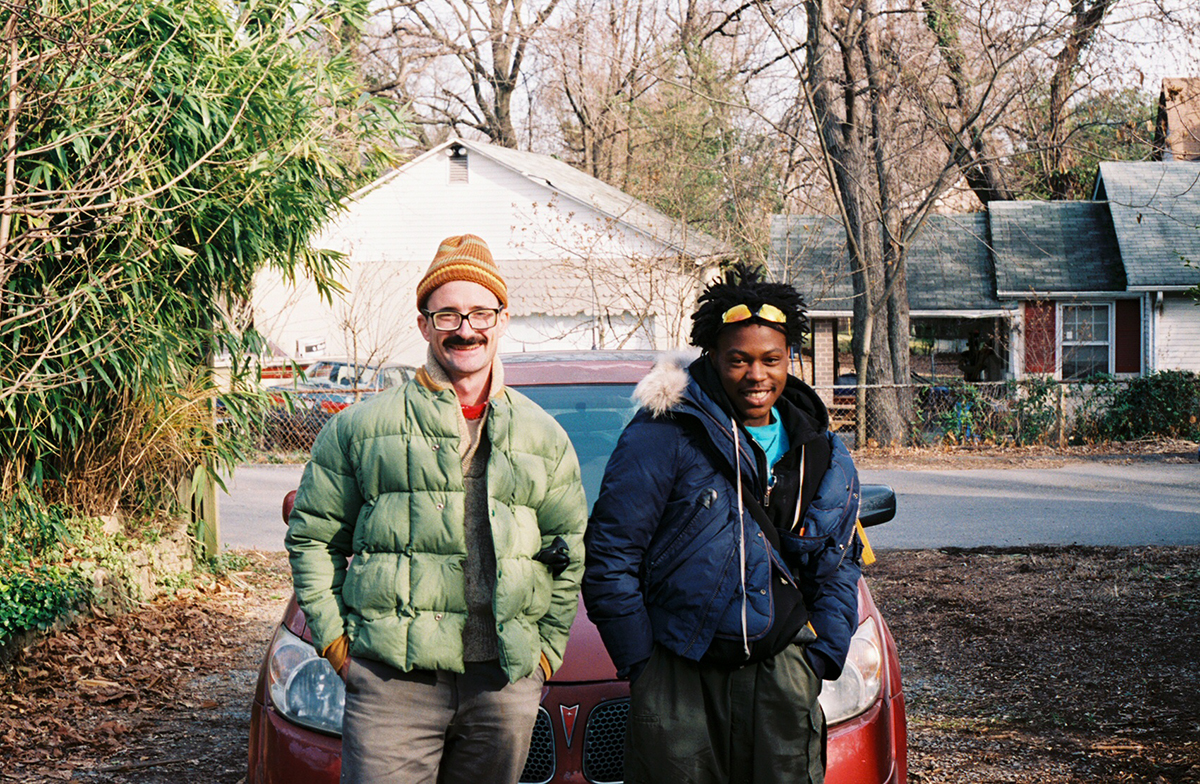 MODEL HOME is a hyperprolific experimental hip-hop formation from Washington D.C., instigated by rapper NappyNappa and producer Pat Cain. The duo recruits an ever-changing cast of collaborators to give each record a new feel: Model Home can sound like post-modern take on old school hip-hop, glitchy noise or even improvised exploration. The gist of Model Home is that the music pours out like from a faucet, faithfully channeling the chaos of the everyday thought. Model Home’s music would blend right in with a dystopia. The deteriorating sounds of Patrick Cain’s electronics would be impossible to distinguish from the constant construction that is the score of any contemporary city; NappyNappa’s enigmatic missives would be lost in the roar of public service announcements, personalized advertisements, and omnipresent sirens. Built on the edifice of dub sound systems and DIY basement clatter, their sound is made up of slabs of textured noise and decayed vocals. Releases on Disciples, Don Giovanni Records and Future Times.
https://modelhomedc.bandcamp.com/

HORACIO POLLARD as ever manages to be absurd, entertaining and challenging all at the same time – it’s frequently hard to position yourself as a listener in the face of this much great / ridiculous music, and you won’t know whether to guffaw or groan. Who can resist the fun-charged pull of these primitive patterns and primitive, near-ugly sounds? Pollard is one of the few creative people on the globe (Romain Perrot is another) who understands that “good taste” is the very death of art, and as such he needs to be cherished like a Siberian Tiger, albeit one whose pelt is made from artificial dayglo blue fur.
https://bandcamp.com/tag/horacio-pollard

GAUTE GRANLI channels the churning and grating of unknown presences in a field of indeterminacy into the bulk of his disorienting one-man choir, where moans distorted by their own reverberation are sustained by the trickling and pounding of unseen forces. A new state of presence, welcoming heightened sensory lashings that leave a strange, indelible mark.
https://soundcloud.com/verletzte-kreature

DEE BYRNE is a London-based saxophonist, composer and improviser. Dee collaborates with artists from the UK and Europe who occupy the area of contemporary jazz, avant-garde and free improvisation. Fuelled by a love of improvisation and a growing obsession for effects pedals, Dee’s solo project blends acoustic sounds with interweaving electronic textures and moody soundscapes. WIRE magazine described Byrne’s music as a collection of  “smudged, sultry alto lines that conjure a Fourth World ambience.”
https://deebyrnemusic.com/