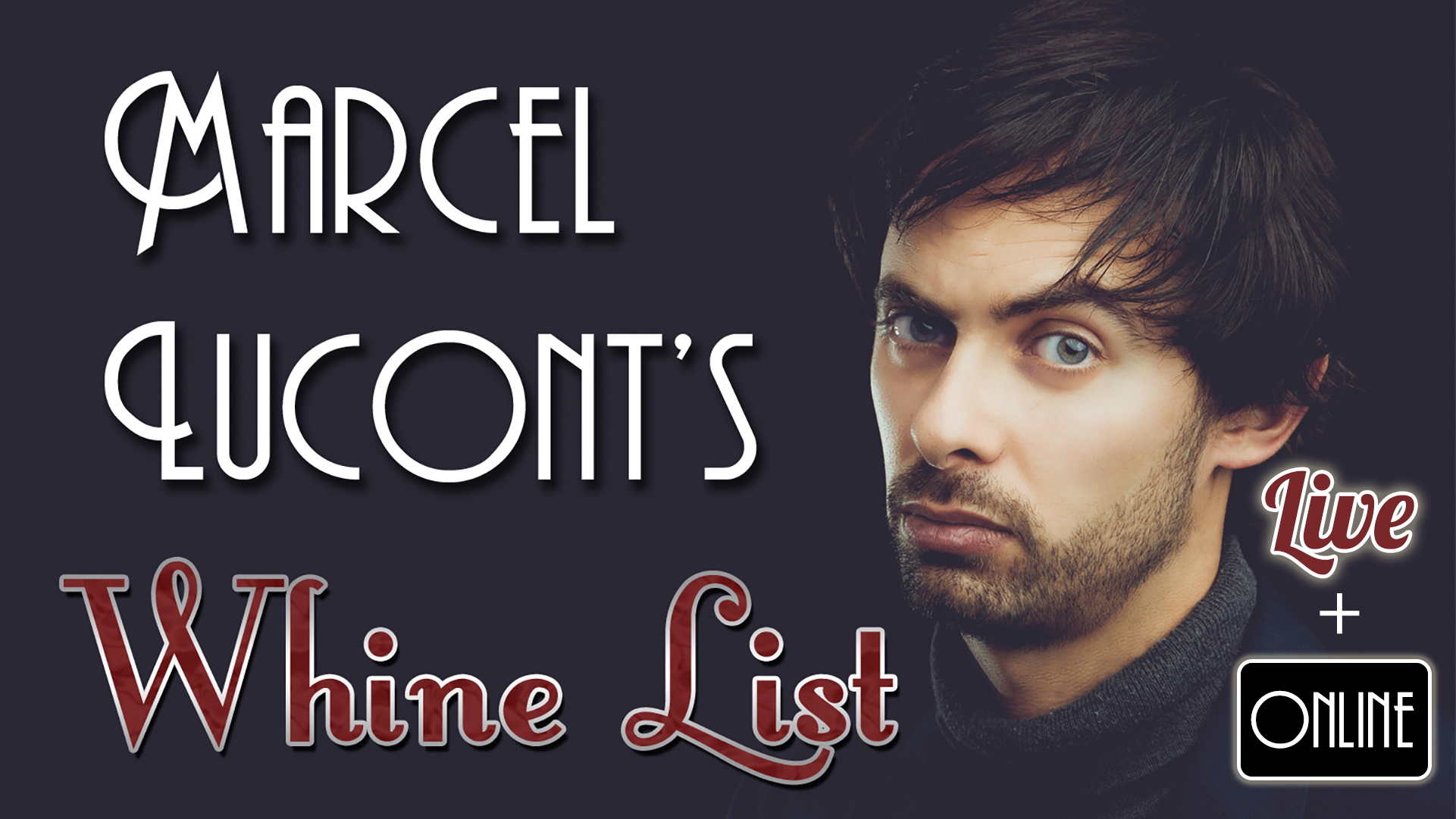 VERY limited tickets available for the show at the venue, infinite tickets available for online viewers, who will also be able to interact.
Marcel mines your past gripes, whines and misdemeanours for comedic value to remind you that, even before “all this,” life was not exactly “un lit de roses.”

“Fresh, accessible and hilarious”
The Guardian