Made in Prague: A Marriage – Film Festival 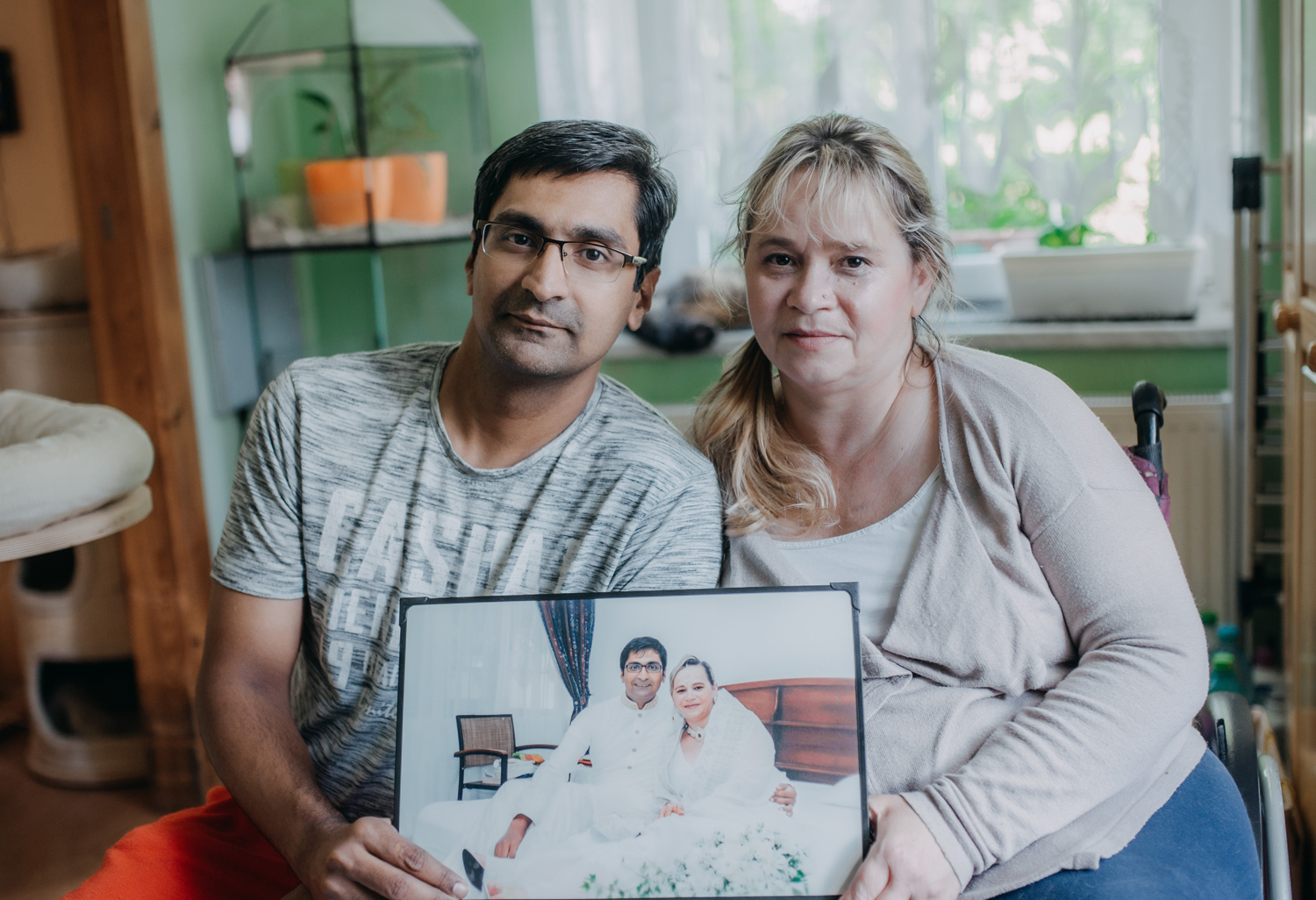 A love against all the odds. Can a meaningful relationship be forged online, disregarding borders, age and cultural differences?

Strong-willed, charismatic Zdenka from the Czech Republic and Tabish, an IT engineer from Pakistan, met playing online games on Facebook, became friends, fell in love and married. Five years later, they still live their married life on screen, Skyping every day except for their annual three week holidays in Sri Lanka. Tabish is younger than wheelchair user Zdenka and the Czech authorities won’t accept theirs is a genuine relationship, repeatedly refusing Tabish an entry visa. At the same time, his own family remains suspicious of the relationship. After years of trying to prove their ‘real love’ to the authorities, a breakthrough in their case gives Tabish and Zdenka new hope that their dream of living together could finally come true. Shot in traditional verité style, the directors, Czech Katerina Hager and Emmy award-winning Pakistani director Asad Faruqi, capture the couple’s spontaneity and love while exposing the social prejudices of the digitally connected but divided world we live in.

Premiered at the 2021 HotDocs Festival in Toronto