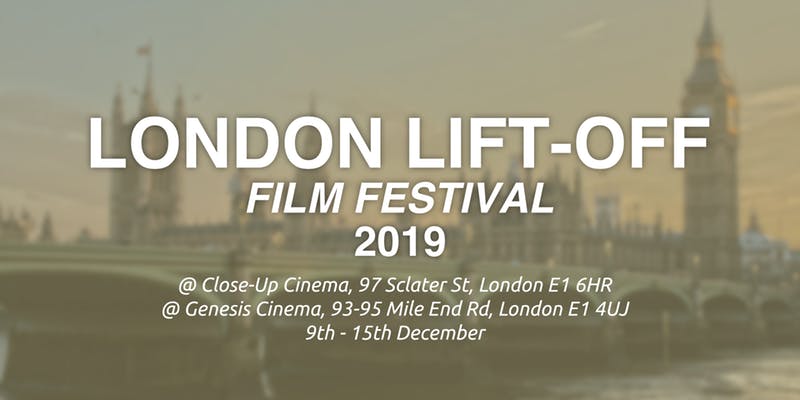 A week-long event of screening, networking, and celebrating the indie film industry in London and across the globe.

The Lift-Off Global Network returns to London!
Shorts, Features, Animations, Music Videos, Documentaries, and Live Action Narratives.
The Lift-Off Global Network arrives in London for the final Film Festival of the Lift-Off Season.
Audience participation, Q&A’s and screenings in a really chilled affair. We are showcasing films from all over the globe. Including projects from…
UK | USA | Netherlands | Brazil | Italy | Canada | Thailand | Ireland | Australia

London Lift-Off Film Festival is a great place for those interested in seeing what the true indie film market has to offer and an even better place to network! Come and meet our festival founders, mingle with the filmmakers and be sure not to miss the local film community networking mixer on the final night.
If you want something different, want to be challenged and absorbed into a purification of independent artistry from local artists and around the world, then attending London Lift-Off Film Festival 2019 is a must!
We look forward to seeing you at the event. It’s going to be great.